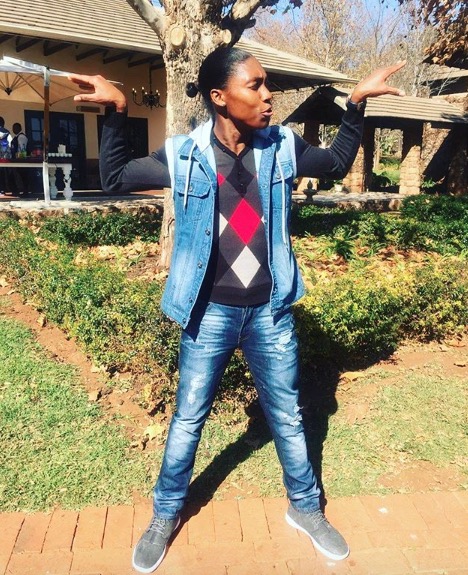 Caster is comfortable with who she is
Image: Via Caster Semenya Instagram

In an interview on Bet Africa called Being Caster Semenya, the athlete opened up about the criticism she faces in the press as well as those people who hate on her.

A confident Caster said that mean comments about her don't hurt her feelings because she knows who she is.

"Being the way I am is good. It's God. I cannot question God. When I wake up I tell myself I like myself the way I am."

She said that being lesbian isn't a "fashion" or "something that just happened" and recalled her father trying to get her to wear dresses as a child.

"People tend tend to say 'why am I not wearing dresses.?'  How am I going to wear a dress if when I was five years old, guurl, I didn't never liked it. I don't feel comfortable in it. Even my dad knows. He tried to buy me those clothes and I was like, 'I cannot wear it. You need to lead by example. You bought it, you wear it first.'"

She said that she has learnt not to let people's negative comments "demoralise her feelings" and she wakes up feeling good every morning.

One of her biggest support systems has been her wife, Violet Raseboya. The two met in 2007 and it was Caster who first admitted her feelings.

When it was time to get married, Caster's uncles met with Violet's family as per traditional custom and Caster said that Violet has been there for her through thick and thin.

Caster Semenya on being lesbian: It's something I felt from young

Star athlete Caster Semenya has opened up about her sexuality in an interview with rapper Proverb on BET.  Caster said that being lesbian is not a ...
TshisaLIVE
3 years ago