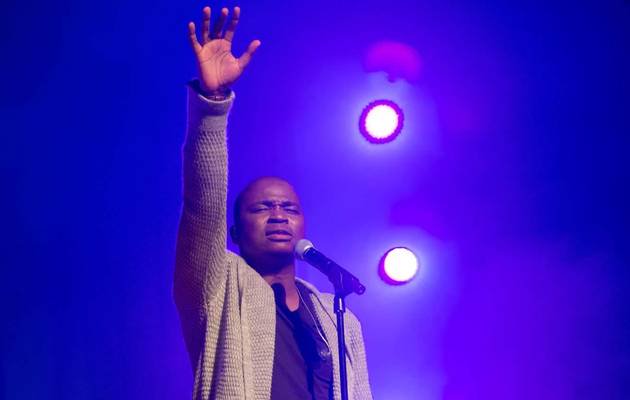 Gospel artist Dr Tumi will not allow fans of his music to bow down at his feet or try to worship him
Image: Via Twitter

Gospel music artist Dr Tumi has explained that he will not tolerate people "worshipping" him and described some of the experiences that have left him uncomfortable in churches he's performed at.

Dr Tumi explained to Drum magazine that one of his strangest experiences occurred when a guy "bowed down" and "touched his feet" in what looked like an act of worship.

He added that although he usually doesn't mind being touched but could not tolerate that.

"I know some people do that out of respect but it's not appropriate to do that in church. I don't want to be worshipped in any way. Bow down to God, not to me. I'm not even a king," he said.

The musician explained that since he began performing in churches, the incident happened more than twice and in different provinces.

He said he once walked out of a church because as the prophet came in everyone went down on their knees, as a sign of worship.

"I left one church in Polokwane because people went down on their knees when the prophet walked in - the whole congregation! I didn't perform; I just stood up and left. You can't bow down to a human being."

Dr Tumi's music has received general acclaim and his songs are played all over the country. He recently filled The Dome to capacity in what was a first for a gospel artist.

Speaking to TshisaLIVE at the time, Dr Tumi said he hoped the concert would encourage people to never give up on their dreams.

"This concert shows that if you have a dream and the willingness to see it become a reality, you can. You need to keep your faith, work hard and find others that are willing to help you. But no dream is impossible," he said.

Rapper Sho Madjozi's unique Tsonga tracks have made it possible for her to live out her dream of sharing a stage with local and international ...
TshisaLIVE
4 years ago