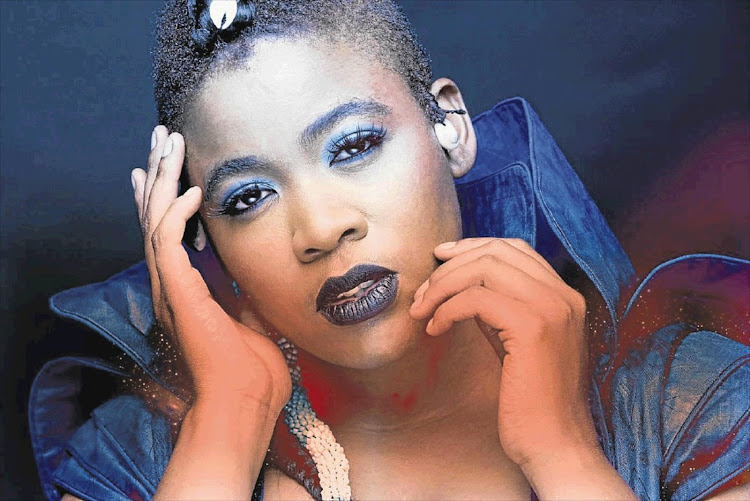 Thandiswa Mazwai believes that love stories by all people should be told.

Award-winning musician Thandiswa Mazwai has added her voice to those defending the "gay love" storyline of controversial local film The Wound (Inxeba), asking why a love story cannot be told in a film about the Xhosa initiation ceremony.

As debate continues to rage on over whether the film's creators were right to produce a film about the ceremony and the intimate relationship that develops between three men undergoing it, Thandiswa Mazwai took to Twitter to give her thoughts on the film and defend it from a critic who believed it shouldn't have been produced.

I watched "the wound"! Very good film! It's about a gay love story entabeni. Beautifully made and delicately placed.

Are there no gay Xhosa men entabeni? Can a love story not be placed there? Have u seen the movie? I have. https://t.co/mBSq7vVfKB

She claimed that most of Mzansi's favourite celebs were gay, including herself, and said they should be allowed to tell their stories.

It's actually a subtweet about me..:) also that people are so homophobic yet so much of what they love about the world is made by gays https://t.co/fvKUw8LJMT

Fact: Gay Africans have stories to tell.These stories are as valid as yours or any person alive.Gay Africans don't have to be invisible4U

The film once again made headlines recently when its creators released a statement revealing that cast members were  threatened because of their roles on the project, including threats to burn lead actor Nakhane Touré alive.

Nakhane lambasted these threats, claiming they exposed a violent homophobia which came from those who had not even seen the film.

“People have jumped to conclusions about a film they haven't even seen. I speak as a Xhosa man who has been to initiation, and who is proud to have done so, when I say that no secrets are revealed. What is being revealed instead, is a violent homophobia. Those issuing threats are nowhere to be seen when Xhosa initiates are sexually assaulted during initiation, he said.