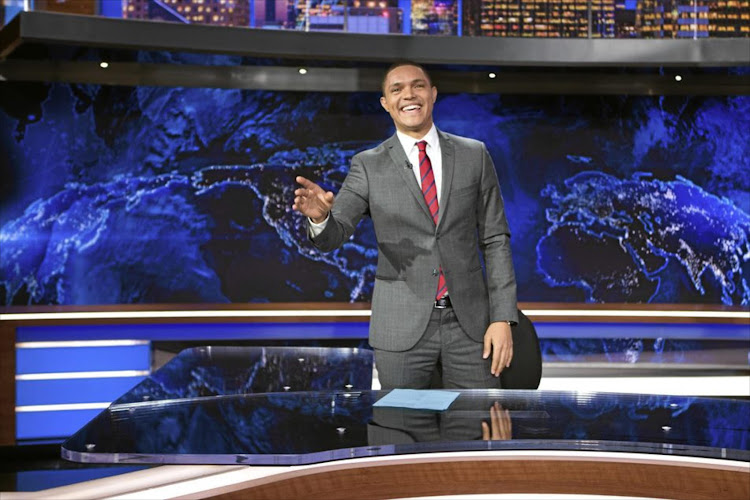 SA-born comedian Trevor Noah walked away with his first Emmy this weekend at the award's Creative Arts ceremony in LA, taking the top prize for his YouTube comedy special, The Daily Show: Between the Scenes.

The special won the Emmy for Best Short Form Variety Series, beating out Behind the Voice, Epic Rap Battles of History, Honest Trailers and The Star Wars Show.

Trevor was performing his stand up comedy show in Washington DC and was not in attendance at the ceremony to accept his award.

The win will be some comfort to Trevor and his team after they missed out on a nomination in the Best Variety Talk Series category at this year's awards.

Grammy-winning musician and songwriter Common also won his first Emmy for his song Letter to the Free from his documentary film 13th. The song scooped an award in the Best Music and Lyrics category.

The Creative Arts awards recognise the best achievements in non-fiction, variety, reality, and animation on US TV. The main ceremony will be held this weekend and will be presented by US late night host Stephen Colbert.

AKA tunes haters: 'Does anyone criticise Travis Scott for using auto-tune?

Rapper AKA has addressed criticism around his use of auto-tune in his music, suggesting that it was part of his sound and nobody questioned ...
TshisaLIVE
3 years ago

I hope South Africans will grow up, says Lebo M

Producer and musician Lebo M has performed and lived around the world as the famous face of Disney's The Lion King but returned home recently and had ...
TshisaLIVE
3 years ago

AKA has never been shy to speak his mind about everything from politics to matters in his personal life, and the rapper wants to make it clear that ...
TshisaLIVE
3 years ago

Dancer and socialite Zodwa Wabantu is set to finally give fans a glimpse into her musical abilities when she takes up the mic on an upcoming track to ...
TshisaLIVE
3 years ago

Musician and Afrotainment music boss DJ Tira has defended musician Babes Wodumo's decision to put herself in the spotlight to be ridiculed in order ...
TshisaLIVE
3 years ago
Next Article