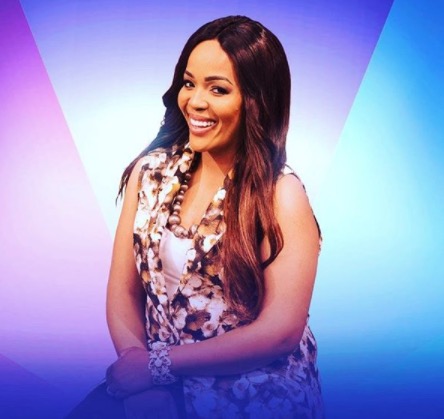 Tumi Morake has hit back at the slew of racial insults hurled at her.
Image: Supplied

Comedian and radio personality Tumi Morake has lifted the lid on racial slurs she's been receiving since joining the Jacaranda Breakfast radio show.

Tumi, who joined the station three months ago, said the racist comments were amplified after she, along with her co-host Martin Bester, discussed Steve Hofmeyr's cancelled New Zealand gig on air on Tuesday.

"You are the most annoying person on radio...please resign and go to the bush," read one of the messages.

"You must resign and leave our land alone. You black South Africans mess up everything in our beautiful land. With your government, crime and swaarheaid [sic]," read another message.

Steve is set to headline the annual Afrikaans is Lekker tour to Australia and New Zealand. However, a show in Wellington was cancelled and it was reported it was because of protests from residents there. Team Steve denied this and said the show was cancelled because of venue prices.

While Tumi and Martin discussed the issue, it soon turned into a race debate. The TV presenter stood firm and dismissed the fact that the so-called New Zealand "boycott" was a racial issue but pointed out that the colour of her skin soon became the target.

"As a black woman - I know already and I'm saying this from a place of experience of being on the show for the past two and half months - that I did get a lot of comments that were not about how terrible I am on radio,  but were very much about me not being where I belong. That was very clear," she said.

The radio personality went on to challenge listeners to be honest about where their "anger" stems from.

"Be honest about how it disturbs you that there is a black voice that stands up and acknowledges its blackness. We want to move on to a non-racial South Africa. My lived experience is that I do get treated first and seen first as a black woman then as a South African. Being pro-black doesn't automatically mean I am anti-white. I was very clear on that," she said.

Tumi said she would not apologise for loving her country and that people who claim to love South Africa couldn't do so without loving the people in the country.

When the kindness of the people who hear you, quiets the noise of those incapable of seeing beyond their own prejudice. This was shared with me today. It meant a lot❤️

"Jacaranda FM is part of the richly diverse community of South Africa and we are committed to being a home for fun, music, entertainment, sharing of information, and the sharing of views. As with any home, sometimes these conversations and views can be uncomfortable. But, for as long as they are necessary, we will always be a place where they can live."

More than the beautiful sight that is comedian Trevor Noah and actor Idris Elba in the same shot, the pair have proved just how much fun they have ...
TshisaLIVE
4 years ago