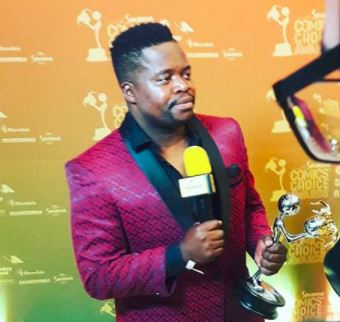 Comedian Mashabela Galane has lashed out at Mzansi Magic with claims that their prime-time slots are dominated by Nguni language shows and alleged that station "neglected" other languages, particularly Sepedi.

On a video that was shared on Twitter, Mashabela vented his frustrations.

"There's something that doesn't sit right with me with Mzansi Magic. It's so unfair, the channel does not cater for Pedi people. Since Mzansi Magic started, there is no show, series or telenovela that is dedicated to Pedi people. It's always Zulu or Xhosa dominated series, recently there's Isithembiso, nobody cares for Pedi people, why?" he said.

Mzansi Magic’s head of publicity, Nondumiso Mabece, explained to TshisaLIVE that their programming covers a number of languages through the various characters portrayed on shows, and mentioned Ahee Papa Penny as an example of a show that represented their  diverse programming.

“Programmes such as Ring of lies have Sepedi and Venda characters such as Mpho Molepo, Warren Masemola who speak Sepedi and Fhulu Mugovhani who is Venda speaking. Mzansi Magic has programming such as Papa Penny Ahee, which will be returning for a second season in October. The claims regarding language usage on Mzansi Magic are therefore inaccurate,” said Nondumiso.

The comedian went on to poke fun at why DStv may be "neglecting" his people.

"We also deserve our stories to be on Mzansi Magic because we also pay for DStv. What makes you think we don't want them, it's not like we are practicing witchcraft at that 8pm!" he joked.

Yoh @Mzansimagic do best for the masses in Limpopo tu 😂😂 pic.twitter.com/PpRX2mzwLJ

WATCH: Vatiswa Ndara wants to be living with Oprah in five years

Vatiswa Ndara has revealed that she strategically evaded giving away too much information about who she is behind closed doors. But, as TshisaLIVE ...
TshisaLIVE
4 years ago