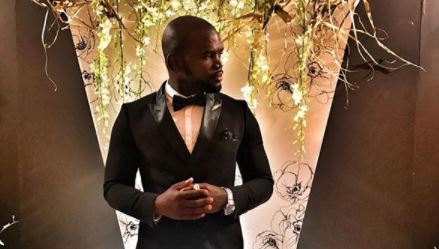 Comedian Siv Ngesi isn't afraid of anyone
Image: Via Instagram

Television presenter and comedian Siv Ngesi’s ‘unfiltered’ sense of humour and opinions has often landed him in hot water, but that won't stop him from voicing his opinions.

During an interview with TshisaLIVE, Siv said he's so outspoken because he's not scared of anyone.

“I’m not scared of anyone. For me the key is being authentic and being real. Some of these people, I have a good rapport with and can afford to make jokes about them openly. Others I don’t, but I am not the type to kiss a**,” he said.

The presenter, who was the host for a hotel launch in Cape Town on Thursday, openly made fun of former DA leader Helen Zille at the event. Helen laughed along with the crowd when he asked her about her "showering schedule".

Siv explained that he’s able to “get away” with his jokes because off the stage, he was genuine in his interactions with potential subjects of his comic material.

Siv who has been hard at work on his upcoming one man comedy show in October said he would not hold back any punches at his shows.

Although Siv has been making great strides as a television presenter, he decided to return to stand up comedy after a four-year-break.

Siv will perform his one man show Baxter Theatre in October.

Dancer and socialite Zodwa Wabantu has criticised entertainer Skolopad, accusing the star of being an infant in the industry and seeking attention ...
TshisaLIVE
4 years ago

It's no secret that Skolopad never misses an opportunity to flaunt her booty, which has become her trademark.
TshisaLIVE
4 years ago

Actress Asanda Maku has proudly flaunted her curves in a bikini photoshoot, which she's shared on social media.
TshisaLIVE
4 years ago

Thulasizwe "Lasizwe" Dambuza may never miss an opportunity to shade Bonang but the comedian and YouTube sensation claims he has not beef with Queen B ...
TshisaLIVE
4 years ago

Zoleka Mandela has let out a sigh of relief after oncologists confirmed that a lump detected in her chest three weeks ago was not cancerous.
TshisaLIVE
4 years ago