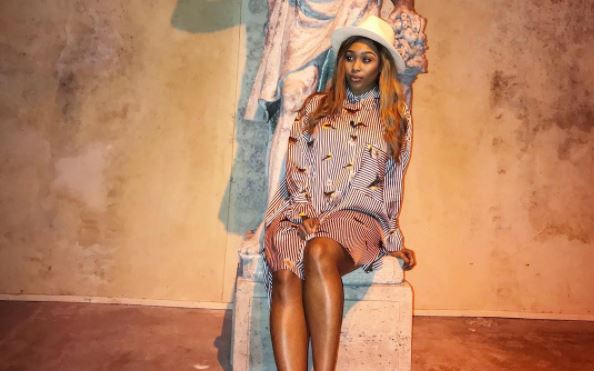 Minnie Dlamini and Bonang Matheba have often competed for the title of Mzansi's biggest star, but despite the temptation Minnie says she has never stalked Bonang on social media and doesn't even follow her rival.

In an interview on Jacaranda on Tuesday, Minnie was asked if she had ever stalked Bonang on Instagram, to which she replied she had "never".

"I am positive (about that). I don't even follow her," Minnie added, with a sheepish grin.

She refused to answer any more questions about their rivalry, only smiling as questions were asked.

Fans have often compared the two rivals on social media and are always on the lookout for "evidence" that one is trying to upstage the other.

Their rivalry made headlines recently when fans accused Bonang of trying to steal Minnie's shine by throwing a massive birthday party on the same day as Minnie's traditional wedding.

Speaking to TshisaLIVE, Bonang denied that she was trying to upstage Minnie.

"I have been in the industry for 13 years. It is water off a duck's back. I am not worried about what people say. They will always talk about me because of who I am. As one of the biggest personalities in the country, if I throw a party, people care," she said.

Vuyo Dabula goes debt collecting & comes back with the moola!

Much like his on-screen character Gadaffi, it seems like Generations: The Legacy actor Vuyo Dabula is not in the business of letting debtors go free. ...
TshisaLIVE
4 years ago

The filmmakers behind the controversial local film The Wound (Inxeba), which was recently announced as South Africa's 2018 Oscars entry, said they ...
TshisaLIVE
4 years ago

The gloves are off between Prophet Mboro and herbalist-turned-pastor, Bhaka Nzama as the two have been embroiled in a war of words against each other.
TshisaLIVE
4 years ago

The first teaser of an upcoming biopic based on Oscar Pistorius' life, which includes the 2013 Valentine's Day shooting and killing of his then ...
TshisaLIVE
4 years ago