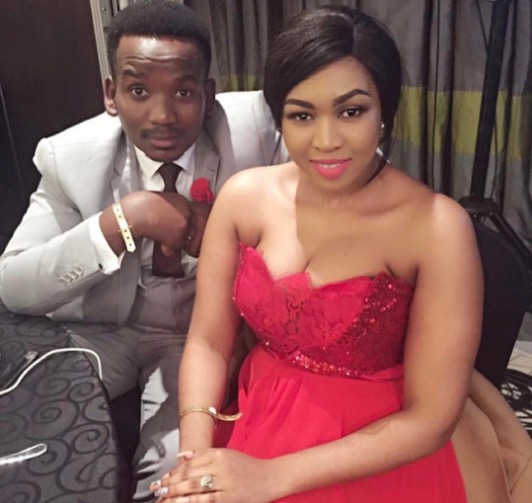 It's been almost a year since gospel star, Sfiso Ncwane died after suffering kidney failure, but his wife, Ayanda still has a gaping hole in her heart.

Reflecting on some of the dreams they had, Ayanda told Drum magazine that they were trying for another baby before his death.

"We had been trying for a baby. He said he wanted a daughter who looked like me," she said.

Ayanda added that she wishes she could have made that dream a reality.

"I wish he'd kept his semen stored in a lab or something. It would have been my wish to give him the daughter he wanted," she said.

Earlier this week Ayanda visited Sfiso's grave and reminisced about spending a day with him.

"In this cold weather, everyone visiting baes. Why can't I spend a day with mine, playing our fave songs just like good old days," she said.

Less than a week after claiming that she was raped by a well-known musician, Ntsiki Mazwai has told fans that she is being emotionally abused by a ...
TshisaLIVE
4 years ago

Bonang Matheba has caused a heatwave on social media, after she shared pictures from her latest lingerie photoshoot.  Queen B took to her ...
TshisaLIVE
4 years ago

Two months after being killed in a botched hijacking, actor Dumi Masilela made his final appearance on e.tv's Rhythm City on Wednesday night. Fans ...
TshisaLIVE
4 years ago