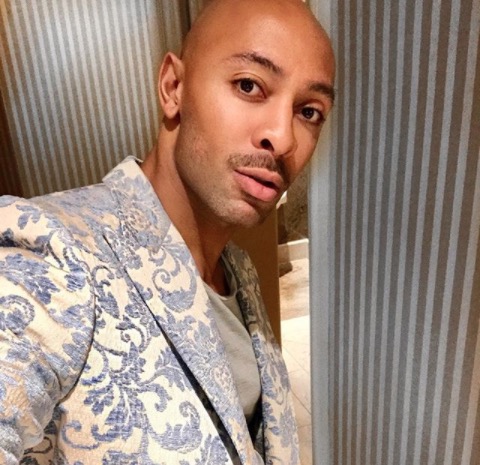 US make-up artist, Sir John has an impressive list of clients including global singing sensation, Beyoncé, Khloe and Kim Kardashian and Priyanka Chopra.

Sir John is currently in the country to host two beauty masterclasses with Woolworths and to style the make-up for SA Fashion Week.

Give us the deets on your first meeting with Beyoncé.

I met Beyoncé at Tom Ford’s first womenswear show in 2010. Charlotte Tilbury introduced me to her, and was like, ‘I’m not gonna do her make-up, you’re gonna do her make-up.’  And I kind of freaked out! When I saw her for the first time, I thought, 'you’re a real person. Oh my God, this is crazy.’ We’re the same age and I think we hit it off that day — but I always kept a really strong separation from my clients —  I think that distance gives you longevity. I don’t think, ‘this is my friend.’ Even if I have been at parties that she invited me to, if I happen to have one glass of wine too many, I am slipping out the side door. I don’t want my client to see me tipsy. It’s about a level of respect.

Does Beyoncé have a trusted make-up look she always turns to? She never has any time and she’s so not patient (laughs), so her thing is a statement lip. She actually taught me about this. I was always about the eyes. What she’ll do if she has like 30 seconds, is take a lip liner and colour her whole lip in, and then put a matte lip on top. And it becomes so impactful. And no foundation. No concealer. No mascara. And her hair in like a messy bun. And that’s modern. That's the future if you think about it. Just the bold lip and nothing else.

How do you approach Beyoncé’s tour make-up?

I look at every show as my own personal editorial. I have a Pinterest folder full of looks for different cities we would go to. Like when we were in South America, I was going to do this whole Bianca Jagger moment, and then when we went to another country, I just wanted to make her look like Diana Ross. And she would be like, ‘do what you want.’ And in those times, that’s where we bonded on tour. Because you see so much stuff happening. We were on tour and seeing so many things on the news, like killing, after killing, after killing of black guys by the cops. You come into work heavy. Hair and make-up became the time that we would talk about what hurts us about society and the world we live in. And the next thing we know, she came out with Formation, which was so much like what was going on around us at the time.

What is Beyoncé’s  biggest make-up secret?

She has a formula. She just loves beautiful skin and natural beauty, so if I know she loves that, I’m going to nail that and everything else is going to be the icing on the cake. For concerts, she doesn’t care. She’s just like 'do whatever you want to do.'

Popular photographer and plus-size model Lesego "Thickleeyonce" Legobane has shown social media trolls the middle finger and has vowed to return to ...
TshisaLIVE
4 years ago

Yay! Karlien and her baby girl are finally headed home

After arriving early and a long stay in hospital, baby Elah and her mom, Karlien van Jaarsveld, are headed home. Karlien made the announcement on ...
TshisaLIVE
4 years ago

After trading shade during a heated exchange on Twitter this week, Lerato Kganyago and plus-size model Thickleeyonce have settled their ...
TshisaLIVE
4 years ago