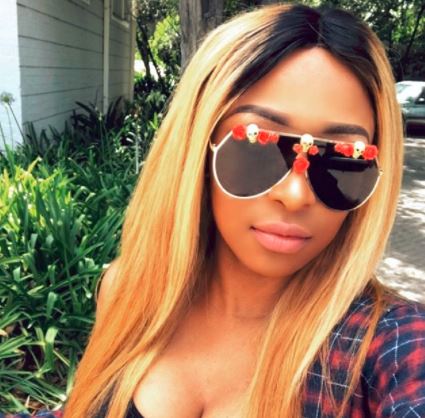 Twitter applauded DJ Zinhle's reality show after she helped a woman deal with the scars of bullying, which caused her to become an emotional eater.

The reality show, titled It takes A Village, is hosted by DJ Zinhle and aims to help women in rural communities face and deal with their problems.

Last night's episode introduced viewers to Andile, a young woman who  resorted to unhealthy and binge eating to deal with emotions she locked away.  The woman explained that she would down a litre of fizzy drinks and ate over 105 slices of bread a week.

She was bullied in school and well into her young adult life but wanted to change her life for the better. DJ Zinhle and her team stepped in to help.

Please tune into tonight’s episode of episode of #ItTakesAVillage on @mzansi_fosho at 21:00.

Viewers were touched by the effort DJ Zinhle's team made to help the young woman deal with her low self-esteem and change her lifestyle for the better.

Twitter users expressed themselves through memes and words of affirmation.

I am inspired by Andile😢🙌. What a brave young woman. #ItTakesAVillage pic.twitter.com/E0Rep5s4oZ

How i feel after watching it takes a village ,😒 wondering if i should go back to the gym @DJZinhle #ItTakesAVillage pic.twitter.com/Hp6IKYzufl

Every mom needs an extra hand at some point, and that's ok. #momlife #ittakesavillage https://t.co/siUxGfCfxF pic.twitter.com/ASF4GBUW6N

You're a national keypoint mamie. I believe this is yours.👏🔥 pic.twitter.com/rnjwQlGPBe

I'm really inspired by what @DJZinhle is doing for the community. Nothing is greater than helping those in need. #ItTakesAVillage

Dear bullies...how does it feel watching this lady's story? The fact that you broke her soul and led to her having such low self esteem!!!
ENOUGH is ENOUGH #ItTakesAVillage pic.twitter.com/ORjYi7uXAf

Wow #ittakesavillage is one of the shows that we as the youth need to keep seeing in our daily lives, #Andile reminds me of a younger version of myself, but I've learnt to turn things around and become the best version of myself. Keep up the good work @DJZinhle😘😘😘

Cupid totes got these celebs this year

While we may have seen more break-ups than hook-ups this year, there was still some celebs who found love in the midst of a very tough year. Here's a ...
TshisaLIVE
4 years ago

2017 has been a tough year but there were certainly moments of happiness. And Pamela Nomvete's TV return is certainly a highlight.
TshisaLIVE
4 years ago

2017 will be remembered in part for the meteoric rise of singer Lady Zamar, but with the fame came the heavy price of having her life constantly in ...
TshisaLIVE
4 years ago

Actress Khanya Mkangisa evidently has no time or patience for haters.
TshisaLIVE
4 years ago

Nyan'Nyan reminds tweeps how stressful dating is when you BROKE!

Last night's episode of Nyan Nyan painted a sad picture of the dating game especially if you're broke.
TshisaLIVE
4 years ago