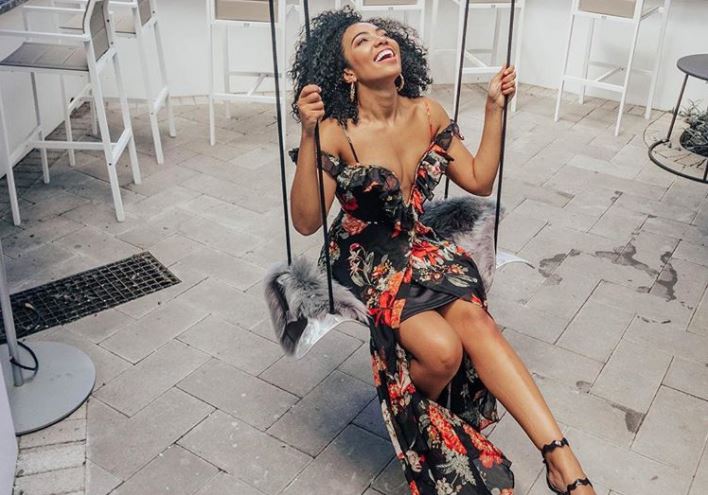 After more than two-years of planning and praying, actress Amanda Du-Pont has finally realised her dream of owning her own clothing store, with the launch of her Tribe Capitol online shop and fashion range this week.

The Skeem Saam star told TshisaLIVE she had always wanted to launch her own fashion store and looked forward to sharing some of her favourite fashion items with fans and shoppers.

"I have done several collaborations with fashion brands before, but it was always in preparation for the launch of my own store. I set out the idea for the store over two years ago but the logistics and financing the project was really hard. So I had to be patient. These are the fashion items I would love to wear but I didn't want the range to be about me, so I decided to not name it after myself but rather Tribe Capitol. Tribe Capitol is my brand taking some of the pieces I have always dreamt of wearing."

The store was launched on Wednesday and Amanda said she was blown away by the response.

"I was a bit nervous and kind of didn't expect to have many sales on the first day because it is January and I know that money is tight. But people visited the site in numbers. The most popular items so far have been a flower dress, a bubble shirt and the dress shirts."

Our comfy Rose Ribbed Travel Set! Perfect for those spontaneous road trips! Complimentary shipping is included. To shop our collection, click the link in bio. #tribecapitol

Despite competing with a growing number of online fashion stores, Amanda said she is confident Tribe Capitol will be a success because of her previous track-record in fashion.

"I did a test phase in December that was supposed to run until February but sold out the range by the second week of December. So, I am confident that people will love the range as much as I do."

Once the talk of the town for her personal life and relationships, Amanda has become more private since starting a relationship with Shawn Rodriques. She said that it was a natural progression after finding happiness and wanting to guard it.

"Once life starts, you want to enjoy it as much as possible and not tweet or document everything. There's a lot less drama and I am a lot happier."

She also decided to focus more on spreading her wings in her career and work on other ventures, like her online fashion store.

"So many people know me as Lelo from Skeem Saam and I wanted to be more careful in what I do. I want to play roles I haven't before, different roles, and if a role comes that is too similar to what I have done before, I will be less likely to take it. Having said that, I love Skeem Saam and the fans won't let me leave, so I will be around for a while still."

Zodwa Wabantu may have been told to tone down in certain aspects during her on-stage performances by her boss and mentor, DJ Tira, but that certainly ...
TshisaLIVE
4 years ago

Two weeks after the death of award-winning producer Robbie Malinga, one of his most famous proteges, Zahara, says she is still battling to come to ...
TshisaLIVE
4 years ago