Aphiwe Mkefe on his first lead role: 'I still have to pinch myself' 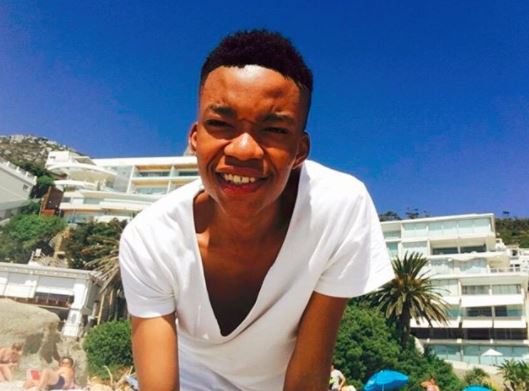 Up-and-coming actor Aphiwe Mkefe has described clinching the lead role on Mzansi Magic's Nkululeko as a dream come true, which he still battles to believe sometimes.

Aphiwe told TshisaLIVE that when his funding for school dried up, he was forced to go back home to Cape Town and he had no idea what the future had in store for him.

"Honestly I still can't explain it, a lot of people ask me, how do you feel? I still don't believe it. I still have to pinch myself to see if this is real. Everyday I am just appreciating every single thing, I don't take it for granted."

Aphiwe, who plays the role of a young boy from Khayelitsha on the drama said he did not know what to expect when he decided to audition, but  as fate would have it, his "hidden" talent pulled through.

"This audition was unlike anything I'd ever done before. Because we didn't prepare anything at all, they were just like come as you are and we'll do improv and I knew very little about what that meant. The night before I was on Google and YouTube, trying to cram and when I got there none of it even applied... but I guess talent, personal experience and knowledge from directive point of view came through."

His character, also called Nkululeko, is a bright young boy whose intelligence makes him an odd character to his peers.

Aphiwe credited his father for the "creative influence", saying that growing up his father was involved in radio and would often MC at events.

"I always knew that I would be in the industry, in film but I never knew I would be acting. I honestly never saw acting coming my way but I'm so happy it has."

Ukhozi FM has drawn applause from KwaZulu-Natal artists and music bosses after launching a campaign to play only local music on their radio station ...
TshisaLIVE
4 years ago

After first claiming that the pair are only friends, Major League DJ's Bandile Mbere has confirmed to TshisaLIVE that he is dating female rapper ...
TshisaLIVE
4 years ago