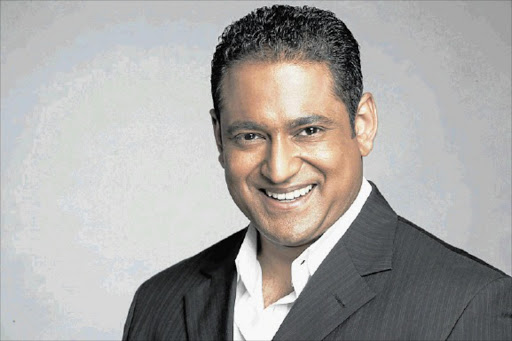 Jack Devnarain was interviewed for a position on the SABC board last year.
Image: Extra

Actor Jack Devnarain, best known for his role as Rajesh on soapie Isidingo, said that he accepted a nomination to serve on the SABC board so that he could have the opportunity to show politicians he was not scared of them.

Jack was interviewed by MPs in parliament late last year after being shortlisted for a place on the SABC board.

He was ultimately unsuccessful in his bid for the seat on the board but told Trending SA this week that he was happy for the chance to speak to politicians directly about matters concerning the arts.

"I  accepted the nomination because I wanted the opportunity to be interviewed. I wanted a bunch of politicians to know that I am not afraid of them and that there are rights that I am demanding, not for me, but for all my colleagues and the industry. I am asking for it not because it is going to benefit them as politicians. It will benefit people that politicians are meant to serve. This, for me, has been the missing element in leadership in this country, and in government in particular, for the last 20 years."

Jack continues to fight for the rights of actors and performers as chairman of the South African Guild of Actors (SAGA) and said that it was a difficult job.

"It is never as glamourous as the American one. We are a group of volunteers. We are all serious about where our industry is and where we want it to be. We know that the change, which will take it there means we all have to be activists. It means putting ourselves out there. It means a lot of hard work trying to lobby government and the SABC itself. Asking for: 'hey guys, this is in my contract, when are you thinking of paying me'."

Jack said that it was difficult to get people to take his fight seriously because of celebrity status.  He told Huffington Post that it was a struggle to try to separate Jack from his on-screen character in some people's minds

"It is my business as an actor to create fantasy and for some people, for many people unfortunately they are unable to distinguish the two and I do not think I have the capacity to help those people separate one from the other," he said.