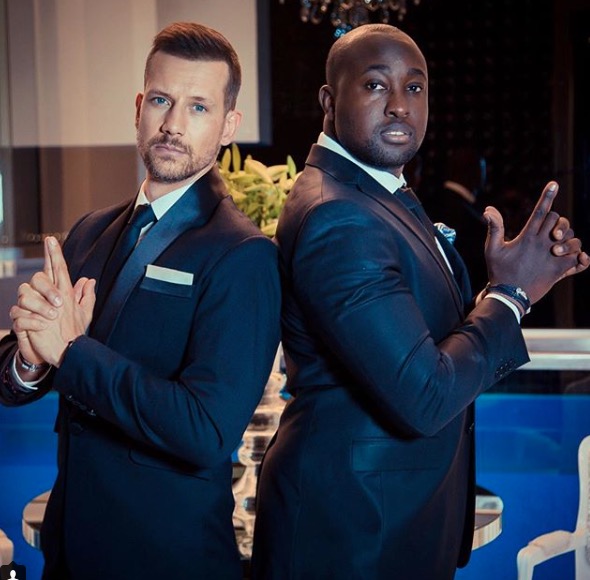 Half Man Half Amazing Productions, the title Simba gave to himself, was an idea the pair had discussed prior to Simba's death in 2015.

Jonathan told TshisaLIVE they started thinking about concepts for TV shows and films to develop SA talent about two weeks before Simba was killed, along with his friend Kady-Shay O'Bryan who was in the car with him.

"We had about three or four shows in the works. People wanted us to be on TV together because of our chemistry and we had just started working on the projects when he passed away."

Determined to make his friend proud and continue his legacy, Jonathan has forged ahead with the plans, with the blessing from the Mhere family, and has now partnered with Siv Ngesi.

"Siv was also really good friends with Simba and they share many of the same qualities."

Jonathan said the focus is not only to showcase SA talent, but to give back and to give audiences something that hasn't been done in SA before.

"Our first feature film is a real game-changer. It's x-rated. I literally go down on a girl on a pool table in the first scene. Then we've got a another concept where we allow people the chance to live out things on their bucket list. There's a great mix."

Jonathan said its taken three years to come together but it was an idea that he wasn't willing to let go of.

"It's always difficult to continue in someone's legacy. To make something you would've made with him. I want to do content that would make him proud and with Siv by my side, I think we can do that."

Sentencing in the trial against Preshalin Naidoo, who faces two counts of culpable homicide and reckless and negligent driving will take place on January 31, exactly three years after the TV presenter was killed.

Angela Mhere still keeps a box of baby clothes that she wanted to give to her son‚ Top Billing presenter Simba‚ to celebrate the arrival of his first ...
TshisaLIVE
5 years ago

Another delay in trial of man accused of Simba Mhere's death

The trial of Preshalin Naidoo‚ the man accused of causing the death of Top Billing presenter Simba Mhere‚ was delayed yet again on Friday - this time ...
News
5 years ago

The Randburg Magistrate’s Court has dismissed an application for a discharge by Preshalin Naidoo‚ the man accused of causing the death of Top Billing ...
News
5 years ago