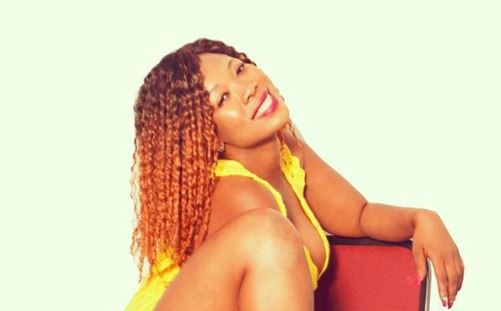 Skolopad is pushing an unapologetic attitude after her latest risqué pose left Twitter in a tizz because of the sexual nature of the caption. And her response to the backlash is brewing a gospel song.

She posted a picture of herself in a kneeling position, with her booty lifted up in the air. She captioned the picture "mood"  and encouraged others to drop their "mood" with the hashtag 'Drop your webatla kae style Skolopad' (Drop your 'where do you want it' style with Skolopad.)

Although she's no stranger to posting saucy pictures, this time fans were not impressed and said she was just looking for attention.

But Skolopad doesn't really care and said fans should know by now that she is sexual and loves nudity.

"I was just having fun and revealing my naughty side. Everyone has a naughty side and that's why I don't understand why some people took it so seriously. People know I love nudity. They should also know by now that sex is a friend to nudity. It shouldn't be a shock if my caption goes in that direction. I mean, I have a naughty side too," Skolopad told TshisaLIVE.

Twitter questioned Skolopad's maternal skills and asked her to stop her sexual references for her daughter's sake.

In true Twitter style, they went on to "dress her" before they called her out.

Wena sesi please balance me...how old are u another thing are u friends with sesethu...asking for a friend pic.twitter.com/oqS5cB9R0r

"I do like attention, that's not a lie and that's part of the reason I am here. I am comfortable with my body and having sexual conversations when the situation calls for it. My daughter should be left out of this. Her mother is not Skolopad, it's Nonhlanhla and she knows the difference."

Zodwa Wabantu continues to enjoy the fruits of success and has declared war on anyone who thinks of trying to stop her progress.
TshisaLIVE
4 years ago

Zodwa Wabantu is ready to take the next step in her career and has been giving fans a glimpse of her new acting gig. TshisaLIVE last week revealed ...
TshisaLIVE
4 years ago

Motsoaledi Setumo on being bullied in school: I was called Lunch Bar face

Even though actress Motsoaledi Setumo is cementing her place in the entertainment industry with her talent and self-confidence, she didn't always ...
TshisaLIVE
4 years ago

Maphorisa on not finishing school: I guess I have to go back

DJ Maphorisa is one of several celebs who have carved out successful careers despite not finishing matric, and the producer is now eyeing the idea of ...
TshisaLIVE
4 years ago

Making moves! Lady Zamar to launch her own fashion range

Musician Lady Zamar slayed 2017 with her hits but is planning to spread her wings with the launch of fashion range and reality show in the next few ...
TshisaLIVE
4 years ago