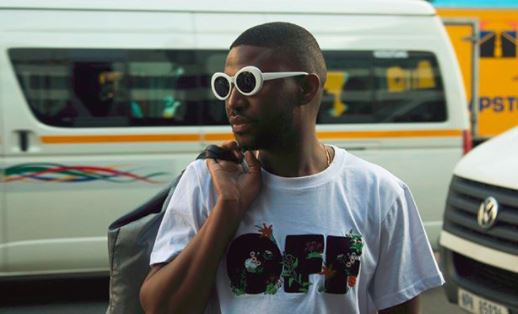 Before you get excited, no... Okmalumkoolkat is not getting married anytime soon but the rapper does plan to settle down when the time is right.

For now, the musician is enjoying the fruits of being married to music. The Gqi rapper exposed a different side of himself to his fans through the song Amalobolo and he's told TshisaLIVE that he looked deep within to find an authentic way to tell an age-old love story.

"Amalobolo is such a powerful song and I think love themes are missing from the current local soundscapes. I wanted to emphasise how much we need to look in that direction with a music video that extends as a short film. I hope it inspires people as it inspires me."

Okmalumkoolkat added that he was inspired by love and hopes to one day find love of his own, and get married.

"I think I'll probably be one of the last dinosaurs that still hopes to get married one day," he said.

While finding a permanent plus one isn't as urgent to the rapper, he said he's loved his "marriage" to music.

"I think what I like with my fans is the fact that they have always allowed me to grow. So it’s easy for me to explore and grow with them too. The whole album, Mlazi Milano, has been a new journey for us and it’s taken a lot of them a long time to swim and understand that ocean."

Known as a trendsetter in the music game, Okmalumkoolkat said even though most of his songs have been on the "new age kwaito" wave length, he planned to do more gqom songs in future to balance out the slower songs.

Watch the short love story below:

Mapula Mafole’s Rhythm City role has schooled her about life

Despite being a 27-year-old actor playing the role of a teenager on Rhythm City, Mapula Mafole has admitted that her character has taught her many ...
TshisaLIVE
3 years ago