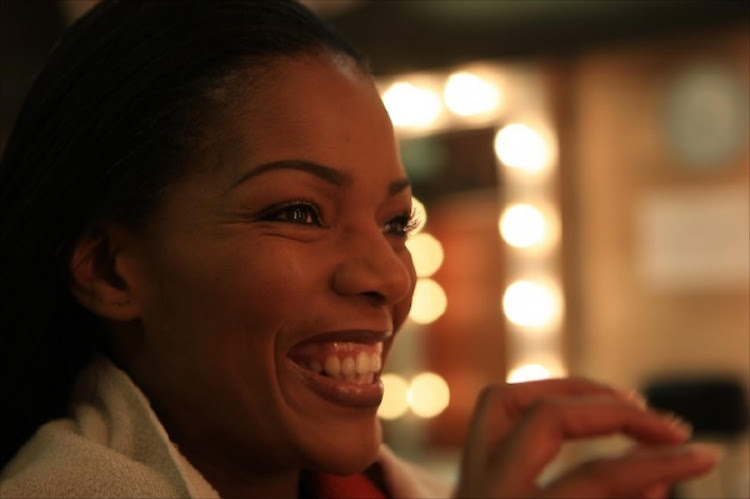 Connie Ferguson has broken her silence on the explosive feud that has erupted between Ferguson Films and Marah Louw, saying it's not her "style" to throw mud at older performers.

In an interview with TshisaLIVE this week, Marah claimed her contract was terminated in September last year, after producers told her that writers had run out of storylines for her character. She was then apparently offered a per-call contract which she labelled as insulting and disrespectful.

Shona Ferguson told Sunday Sun that Marah was not fired from the show but was in and out of contract.

Marah hit back at Shona's claims by sharing a screenshot on social media of the termination date on her contract and claimed she was treated like "trash".

Discussing the matter on Trending SA Connie said she was praying Marah would find peace.

"She is an elderly woman. With the way I was raised, it makes me extremely uncomfortable engaging with her on a mud-slinging level. It's not my style. I pray mama Marah finds peace in her spirit and that is really all I can do for her."

Connie said she was confused by what Marah was angry about and denied that she was treated badly by the show's producers.

"I am not sure what mama Marah's allegations are exactly so it's difficult to respond. She would have to do better than just say she was treated like 'trash'. As with all our cast members, we have been nothing but respectful, especially to her."

Meanwhile, Marah has been consulting with lawyers on the matter and told TshisaLIVE that she would be watching the situation to determine if legal action would be necessary.

"I contacted a lawyer to get their opinion on what had happened but I thought it would die down. I am now just watching the situation."

Mara Louw has been left fuming after she was apparently offered a per-call contract on popular soapie The Queen, which she labelled "insulting and ...
TshisaLIVE
3 years ago

Apparently Big Sean and Jay Z are in the same whatsapp group.
TshisaLIVE
3 years ago

"Doesn't the lord say come as you are?" Skolopad asks with her upcoming Gospel song in mind.
TshisaLIVE
3 years ago

After being part of a viral trend courtesy of Mark Fish, legendary musician Sipho "Hotstix" Mabuse has said he doesn't hold Mark's ignorance against ...
TshisaLIVE
3 years ago