Twitter reacts to Mampintsha's interview: 'No! We won't pray for you, get help' 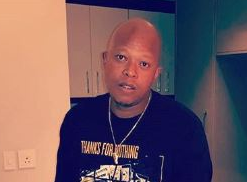 Thousands of fans expressed their disbelief and anger over Mampintsha's "poor attempt" to defend himself against abuse allegations during a Metro FM interview on Monday afternoon.

Mampintsha has been accused of allegedly abusing his estranged fiance, Babes Wodumo.

Many people on social media have even shared that perhaps Mampintsha was better off not asking Metro FM for a right to reply to abuse allegations levelled against him.

Claims of abuse were made when Metro FM presenter Masechaba Ndlovu confronted Babes during an interview on Friday evening.

Mampintsha replied to abuse allegations levelled against him in a heated Metro FM interview.
TshisaLIVE
4 years ago

According to tweeps, Mampintsha answered everything except questions he was asked and when asked simple yes and no questions, he beat around the bush with his reply.

While the interview was meant for him to either "come clean" or "clear" his name, he failed to do both and instead raised more questions and concern from listeners.

#MampintshaOnMetro
Mampintsha said this is not going to end well for all parties involved in this. Uhm isn't that a threat? pic.twitter.com/mCwLtgALKv

#MampintshaOnMetro
He genuinely thinks he and babes are still in a relationship. He knows nothing about the break up pic.twitter.com/CrvhJrjRU8

#TheDriveOnMetro what did he mean when he said if this continues no one will survive #Mampintsha #MampintshaOnMetro pic.twitter.com/TH93pGTHXc

You ask about the abuse he’s response is about love. He equates love with abuse. The problem is bigger and deeper than him bahlali. May the good Lord have mercy on his soul. #TheDriveonMetro #MampintshaOnMetro pic.twitter.com/9Jatn0R1ci

#MampintshaOnMetro
Admits to posting on babes instagram "as couples do" pic.twitter.com/urqvw7T8iD

#MampintshaOnMetro this guy is guilty and he thinks babes can't think for herself, manipulative bustard. pic.twitter.com/tqlholmA6R

Mapintsha claims he is still with Babes he wasn't dumped. He's asked when last he spoke or saw Babes...crickets😂💀 #TheDriveOnMetro

I'm sure Mampintsha failed at school, especially the True or False questions#TheDriveOnMetro pic.twitter.com/7COKT2o5Kx

#Mampintsha is gonna blame the haters, the weather, apartheid, you name it... but he ain't planning on answering a single question here. #RedFlags #MetroFM #TheDriveOnMetro pic.twitter.com/So9STqudlE

In the video obtained by TshisaLIVE, Mampintsha said it was clear Babes is confused by the allegations.
TshisaLIVE
4 years ago

Social media has had mixed reaction to Masechaba confronting Babes on live radio.
TshisaLIVE
4 years ago

Mampintsha says abuse is not the way to describe his relationship with Babes.
TshisaLIVE
4 years ago

Babes admitted that her relationship with Mampintsha had turned sour and Masechaba Ndlovu claimed she knew about the alleged abuse at the hands of ...
TshisaLIVE
4 years ago