Government speaks out on Arthur Mafokate joining #100MenMarch against abuse 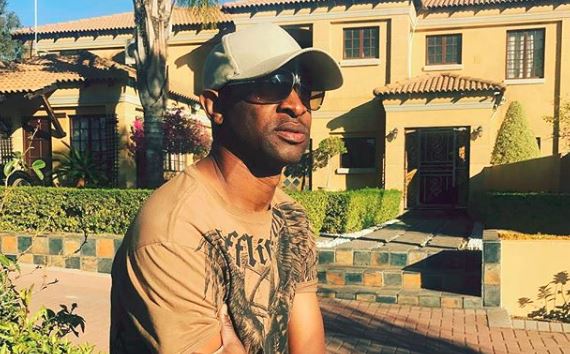 Arthur Mafokate said he will be joining the men and women marching against abuse.
Image: Via Instagram

The South African Government have distanced themselves from reports that it invited Arthur Mafokate to join the 100 Men March, amidst abuse allegations leveled against him.

A Sunday publication announced that Arthur would join the march which caused a raging debate on social media.

In an attempt to set the record straight, government released a statement on its official Twitter page, making it clear that Arthur was not invited to participate in the march and was not appointed as an ambassador.

"Government recognises that Mr Mafokate is facing serious charges of gender based violence and supports that the due legal processes unfold accordingly. The charges faced by Mr Mafokate and his alleged conduct are in direct conflict of the ethos of #100MenMarch and rallying call by government and its partners to create awareness on violence against women and children," read the statement.

Government would like to place it on record that it has not invited @ArthurMafokate to be part of the #100MenMarch and GCIS has not appointed him as an ambassador of the march. https://t.co/uQAu1j7fZa pic.twitter.com/hnSifu7P9s

The 100 Men March aims to encourage men to take a stand against the scourge of violence against women and children. The march is set to take place on July 10.

Government sets record straight on #100MenMarch, saying it has not invited #ArthurMafokate to be part of the march @ArthurMafokate pic.twitter.com/cfoGmTL42K

"I appreciate the support of those that supported my stance and I urge other people to also join the march as it's for a good cause."

Our lives die the day we become silent about the things that matter 🙏🏾 pic.twitter.com/v9NZbzRLrf

Social media users lashed out at Arthur over his decision to join the march.

And the full support of the government and the joke of a department of women.

That march is against men like you nje pic.twitter.com/eQN7GbmfoZ

Nxe, dont act like you care while you got a PHD in abusing women pic.twitter.com/KGZK90dIJL

Not In My Name SA, an NGO which fights against women, men and child abuse also released a media statement against Arthur's decision to participate in the march.

See their statement below.

Attempts by TshisaLIVE to contact Cici or her management for comment were unsuccessful at the time of publishing this article.

Ambitiouz said it was "working on a statement."
TshisaLIVE
3 years ago

Concern for Emtee as musician 'collapses' on stage

A viral video showing the musician falling backwards has drawn concern from fans.
TshisaLIVE
3 years ago

Mariechan reflects on being called an 'ugly duckling' her younger days

"It’s been a tough journey but worth it," said Jackie Phamotse on her journey as the author of Bare.
TshisaLIVE
3 years ago