Ntsika says his songs are a God given gift. 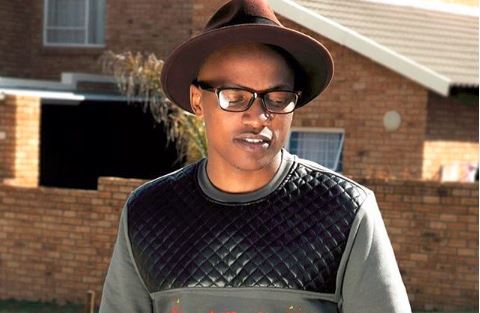 The Soil's Ntsika write music and plays from the contents of his dream.
Image: Via Instagram

When Ntsika Ngxanga launched a stage play titled I Write What I Dream a few months ago, he wasn't trying to be fancy with words in the title, he was explaining the process through which he receives his songs.

Ntsika told TshisaLIVE that he literally has dreams that turn into songs when he wakes up. He has interactions with his ancestors, like his grandfather, who give him a song in a dream that he breathes to life when he wakes up.

He said it was a spiritual thing. A divine gift. A calling, almost like one would get to be a traditional healer, except his calling is to music.

Fascinating? Mos def! The Soil member explained how it works.

"I literally dream about songs. In those dreams, for all the years that I've been receiving songs, I would see who they were meant for, like the artist the song is meant for.

"Well, the first dream I had, I was only six years old, back in Meadowland when I was still living with my gran. It felt so natural, even at that time. When something is yours, like when something is your calling then it is yours. Music, in its entirety is my calling. I always say, if God exists in many forms which I believe he does, then I know him as music. That gives you a sense of how spiritually gifted I am, a gift from God."

The talented musician and songwriter has written hit tracks for singers like Musa Sukwene and Vusi Nova.

"I've been writing for Vusi Nova, like his latest song Ndizakulinda. I've also written for Musa Sukwene for his upcoming album. It's so humbling and equally crazy every time I hear these songs play. It's an exciting time for me."

Ntsika says he's passionate about sharing his gift and his story with others, and he's been doing that as part of the Standard Bank Joy of Jazz initiative, Geleza Kleva.

The initiative creates a platform where a series of educational workshops are done by  celebrated musicians and industry experts to impart knowledge on arts, culture and heritage as well as the business of music to others.

"I was invited to be part of the Geleza Kleva about four years ago. It is truly something that resonates with my DNA. I love doing the workshops and sharing my story and what I have used to get to where I am. Most of the them are believers and relate easily when I explain some of the magic that has happened in my life and the amount of patience required for success. I mean, we waited seven years to get a record deal as The Soil."

Ntsika explained that through the initiative he feels he's living out the Bible scripture that says, "To whom much is given much is expected."

From SA to the World! | Phumzile Sitole is 'excited' to be part of #OITNB

One of the highlights this week in Mzansi was finding out that South African born actress Phumzile Sitole has been cast as Akers in Netflix's popular ...
TshisaLIVE
3 years ago

If you are part of the audience and Skhumba takes to the stage, make sure you are joke-proof or hide!
TshisaLIVE
3 years ago

Trevor Noah and his team have been nominated in the Best Variety Talk Series category at the 70th Annual Emmy Awards.
TshisaLIVE
3 years ago