Israeli minister to Shashi Naidoo: 'I'm sorry we had to prevent your entry under our anti-BDS laws' 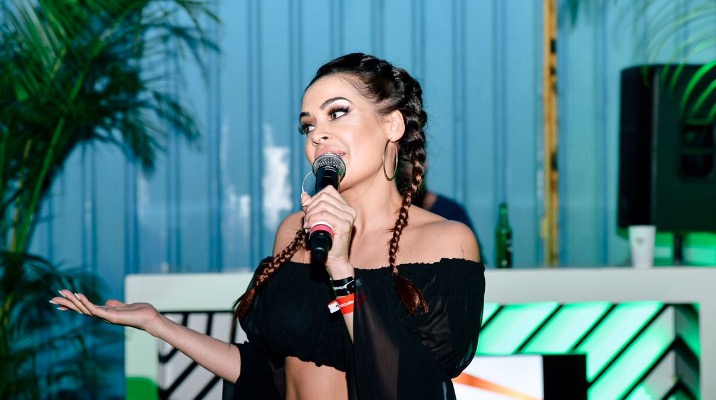 Shashi Naidoo is on her way back home after being denied entry to Palestine.
Image: Via Twitter

As model  Shashi Naidoo makes her way back to the country after being denied entry into Palestine, the Israeli Minister of Public Security and Strategic Affairs Gilad Erdan has apologised for rejecting her entry.

Taking to Twitter in the wake of the debacle, Gilad said the state had to prevent Shashi's entry under its anti-BDS laws.

"You're welcome to visit Israel- but not under threats & pressure from hate-filled BDS groups, on a trip organized by BDS groups, in order to 're-educate' yourself," he said.

It's sad that in #SouthAfrica today, those who express support for Israel in its fight against #Hamas terror become the victims of threats & pressure from hate-filled #BDS orgs.
When you come, you'll find that your posts were true & accurate 2/2@SHASHINAIDOO#FreeGazaFromHamas

It was revealed at a press conference last month that Shashi would visit Palestine to get "more educated" on the state, after she got major backlash for calling Gaza a "s**thole".

During the debate with a follower, Shashi claimed that Palestine was not using aid from the rest of the world appropriately and has "ambition to annihilate Israel".

Shashi publicly apologised for the comments, saying it came from not having enough knowledge about the situation.

The trip was organised in conjunction with human rights and Palestine solidarity organisation Boycott, Divestment and Sanctions (BDS) South Africa.

The Israeli Embassy in South Africa told TshisaLIVE the state had the right to deny entry to "those seeking to harm the country" and slammed BDS.

"The embassy of Israel can confirm that Shashi Naidoo was denied entry into Israel on the 25 July 2018. Israel has passed a law that, like any rational sovereign state, it denies entry to those seeking to harm the country".

Shashi is expected back in the country on Thursday evening and a press conference hosted by Mandla Mandela will be held at OR Tambo International Airport.

Shashi said losing endorsement deals was not her greatest concern.
TshisaLIVE
3 years ago

The star is heading to Gaza to educate herself about issues in the area.
TshisaLIVE
3 years ago