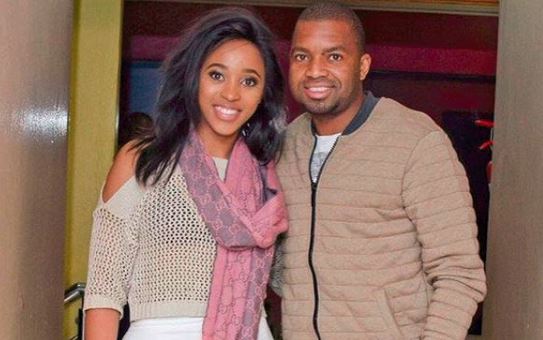 Itumeleng Khune has thanked fans for messages of support for Sbahle who is in hospital after being involved in a car crash.
Image: Via Instagram

Bafana Bafana goalkeeper Itumeleng Khune has spoken out for the first time since it was confirmed to TshisaLIVE that his girlfriend Sbahle Mpisane was involved in a car crash that has left her in a critical condition.

Sources within the emergency medical services told TshisaLIVE that Sbahle was critically injured when her car left the road and hit a pole in the early hours of Thursday morning. The vehicle overturned, leaving her trapped inside.

The star was apparently rushed to Netcare St Augustines Hospital and treated for multiple traumatic injuries.

RescueCare spokesman Garrith Jamieson confirmed that paramedics attended an accident on Margaret Mncadi Avenue (formerly Victoria Embankment) but would not be drawn into commenting on the identity of the person involved in the crash.

Since news of the accident surfaced on social media on Thursday, Sbahle's family have remained mum and her agent, Newton Sports Agency, have said they cannot comment.

However, Itu took to social media on Thursday to wish her a happy Women's Day and to let her know he was praying for her.

Happy Women’s Day ❤️ You are in my Prayers #Queeno 🙏🏻 pic.twitter.com/ivBLGphdqI

Itu also thanked fans who shared messages of support for him and Sbahle.

Even though the couple have been through their ups and downs since they started dating in 2015, they've managed to find their way back to each other.

Sbahle told Drum earlier this year she always knew that Itu was her heart's keeper.

"We remained friends after the break up and would still have lunch sometimes. I always knew that I was going to go back to him. I love him - I was just waiting for him to beg me!"

Itu & Sbahle are winning at this relationship thing.
TshisaLIVE
3 years ago

Sbahle on giving Itu a second chance: I was just waiting for him to beg me!

Sbahle said she always knew they would find their way back to each other.
TshisaLIVE
3 years ago