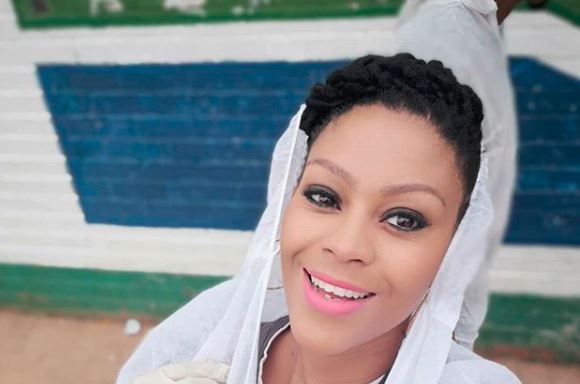 Letoya Makhene is the daughter of legendary Blondie Makhene.
Image: Via Instagram

Being a child of a world-renowned musician has its perks but for Letoya Makhene, it wasn't all rosy and it almost became the reason she quit music.

In case you didn't know, Letoya is one of legendary musician Blondie Makhene's three daughters. Blondie is a world-renowned musician who ruled the music scene in the late 80s and early 90s in Mzansi with hits such as Spreading Love.

However, speaking on Fresh Breakfast, Letoya shared some of the challenges of being her father's daughter.

"At some point I was really frustrated that it was not happening for me... then I got to a point where I remembered how extremely talented I am. And I had to remind myself that God would not give me such a talent for me not to use it," she said.

The Generations: The Legacy actress said that her parents instilled a sense of ubuntu in her, which taught them to gloat about being 'Blondie Makhene's daughters'.

"We were raised by these family orientated people, so much so, that we never got a chance to gloat that we are Blondie's children. It was only when people would become mean, when suddenly because your father is the celebrity, then people look at you in a different way or they start treating you differently."

Not only was Letoya born from greatness, she rubbed shoulders with Mzansi's very best quite early in life.

At the tender age of seven, Letoya's star was already shining bright and she had her very first television appearance starring as one of Brenda Fassie’s backup vocalists in her hit song Ngiyakusaba.

The actress is also one of the most vocal celebrities about her calling as a traditional healer. She has even encouraged young people on what it takes to live their best lives s and honour their callings.

"While we do lead rather quiet lives when it comes to our social life, you’ll notice that the ones that are in our space are those who have earned the right to be in it. I honestly do indulge in and enjoy letting my hair down every once in a while, after all we’re still human."

Moneoa hits back at being called 'underrated'

Moneoa wants to make it clear that she's not here to "fit in".
TshisaLIVE
3 years ago