So Vee has a type? 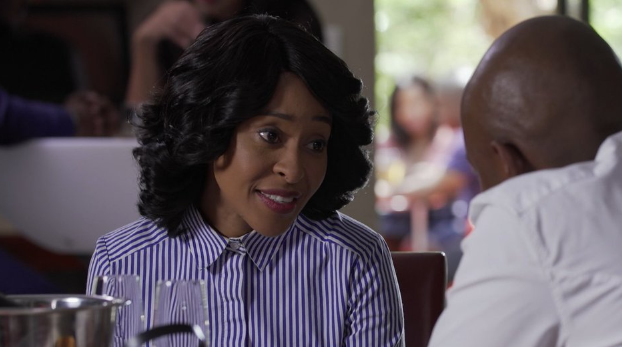 The Queen's Vuyiswa is charming Zack now, and the social media streets are angry.
Image: Twitter/ The Queen

Can someone please come collect sister Vee before the Twitter streets get a hold of her for stringing The Queen's Zack along.

Just as her relationship with Jerry sunk like the Titanic, the "Brooke Logan" of Mzansi TV soapies found her next target in the form of Zack and started zoning in.

Even though Jerry tried to play his shot again, it didn't stop her from going ahead with her plan to win over Zack.

Vee snatched him from right under Harriet's nose (whom many thought he would end up with) and the streets were not impressed.

Twitter claimed Vee was just out here to play more games than a PS4.

#TheQueenMzansi Vee and Zack okay I think the will be something amazing going on from now on pic.twitter.com/UI3YFoLyFu

Police once came with a warrant at Khoza function and Zack was there, saw and slided. He doesn't know Vee like for real? #TheQueenMzansi pic.twitter.com/VMrCfMEuW2

I can sense Vee is not in love with Zack #TheQueenMzansi pic.twitter.com/90GbPenzK4

The one benefit of the whole scenario was that fans have now discovered Vee's type: biblical.

Vee has a thing for di ancestors from the Bible, bo Jeremiah le bo Zachariah so #TheQueenMzansi

IN MEMES | Vee's going through a midlife crisis & it's hilarious!

Petronella told Vee to get her life together and then asked for a stiff drink.
TshisaLIVE
3 years ago

IN MEMES: Eintlik... how many lives does The Queen's Vuyiswa have?

Vuyiswa was shot two times! And, yet she still lives.
TshisaLIVE
3 years ago

IN MEMES | Twitter thinks The Queen's Vuyiswa deserves an Oscar

From being Bakang's step mom to being his baby mama and now his widow, The Queen's Vee has been through the most.
TshisaLIVE
4 years ago