Kwesta says he knows himself, his strengths and his weaknesses and business isn't his strongest so he leaves it to his trusted team to run. 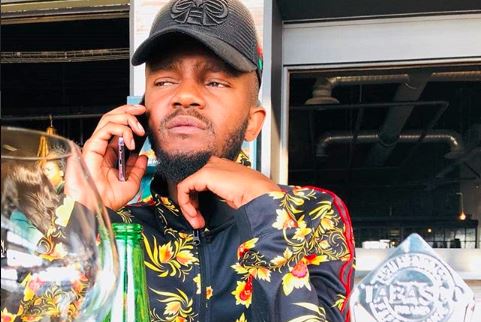 Rapper Kwesta says he has a great team in place to help run RapLyf, so he can focus on his rap.
Image: Instagram/Kwesta

Rapper Kwesta made a decision to stick to what he's good at and leave the rest up to his team, especially where business is concerned.

The rapper explained to TshisaLIVE that it’s not that he couldn’t learn the necessary skills to run a successful business or that when presented with business opportunities he would blank out, for him it was a matter of knowing thy self.

“I think that was an important decision and step on my part where I didn’t want to end up doing too much of the things that I think I know and I don’t know. Because I’d run RapLyf down the drain if I were to go like ‘I’ll do everything myself.” I know I’m bad at it, I would run that thing down. So there are people who take care of that while I focus on the music.”

Kwesta explained that his team consisted of people he grew up with, his day ones. He said that made trusting easy because they were all pushed by the desire to never go back to how things were in the past.

And, he said the success of RapLyf was highly dependent on a synchronised team, because their strengths and weaknesses complimented each other.

“It’s because of the team I work with mainly. I’ll be lying to you if I said I sit down and think of business moves because I don’t do that. But I know the team I surround myself with thinks of that and they’ll be like, ‘let’s go get this deal or let’s do this or what do you think of this.’ I’ll either say yes or no depending on how I feel about it.”

Kwesta said it had a lot to do with knowing what he’s good at and wanting to master it, instead of being a jack of all trades and a master of none.

The Ngiyazifela Ngawe hitmaker said he wasn’t interested in painting a false image of who he was by pretending to be a savvy businessman, instead he aimed to impress solely with music.

“Look it would be nice to be like, ‘hey look at me I’m a business mogul. I’m that guy and I also rap at the same time. But that’s not me.”

And, even though it’s been two years since Dakar II, Kwesta remains one of the most sought after artists with a very strong presence everywhere thanks to hits like Spirit.

It is a nice area but after what has happened this week I want to move.
TshisaLIVE
3 years ago

What's next? Zodwa Wabantu could open a kasi cinema

Zodwa Wabantu gushes over her house & car: 'I don't owe anybody'

"That is the bigger picture, I own everything I have, my things don't belong to the bank, like some people," Zodwa said before she dropped the mic.
TshisaLIVE
3 years ago

There's so many Amandas in the industry.
TshisaLIVE
3 years ago