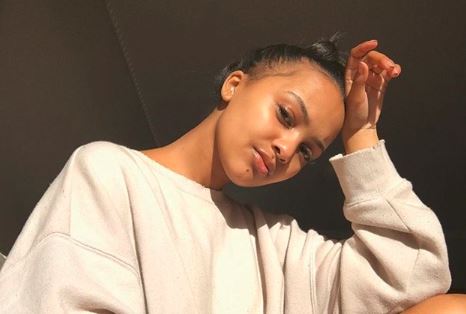 Paxton Fielies has opened up about how the recent Facebook page that seems to be focused on cyber bullying her makes her feel and how she is grateful that her fans have defended her against the troll.

A Facebook account called P**s Funny has posted a number of distasteful memes about the 18-year-old, making fun of her looks, her hair and her background of growing up in Bishop Lavis. The nasty memes have a tag of a person called “SuZPekT”.

"I feel very disrespected, I think they took it way too far and I don't condone it at all. I don't think they would like it if it had to happen to their family members or anyone close to them.

"I know that everyone has the right to their own opinion and that it should be respected, but I think there's a fine line between banter and being rude and disrespecting someone (and) that (page) seems to (have) crossed (that line) plenty of times. Social media has evolved and is a huge platform, it's open to everyone but I think we all know what's right and what's wrong and by us sharing and liking whatever is posted on pages like that makes us bullies too," she told TshisaLIVE.

Paxton, who is also the face of the Western Cape Department of Education’s anti-bullying campaign along with radio DJ Carl Wastie said while she had learnt to handle such things, it always worried her because other young people find it hard to deal with cyber bullying.

"My mom always says whatever happens in your childhood or teenage years go with you forever. I know people who are over 30 and still remember that one person who bullied them in school or the exact incident and how it happened. It's sad to see how bullying has become a norm that's why I try and make a change wherever I can with the hashtag #SayNoToBullying".

"It ruins young people's self- esteem and that's why I always remind people that they are bigger than any negative comment thrown at them, they are worth so much more! All we can do for now is make sure that the admin of these groups take off their content and know that what they're doing is not okay," she said.

Choosing to focus more on the positive aspects of life, Paxton will be releasing a new single from her album tomorrow and will be getting into studio to begin work on her next project.

Busiswa pledges her support to protest against #DrosRapist

The star claims there is growing sympathy for the perpetrator and public figures need to make a stand.
TshisaLIVE
3 years ago

Thiwe spills the tea on female music collabs: We're so fussy & it's heartbreaking

Thiwe said the sisterhood in the music industry fades away because female artists don't truly support each other.
TshisaLIVE
3 years ago

I remember asking God if I would die being nothing, says Zodwa Wabantu

Zodwa's life has taken a total 180 degree turn from where she used to be.
TshisaLIVE
3 years ago