Actor Sebogodi Seputla and his son Thapelo chat about starring together in a theatre play, which is a dream come true for them 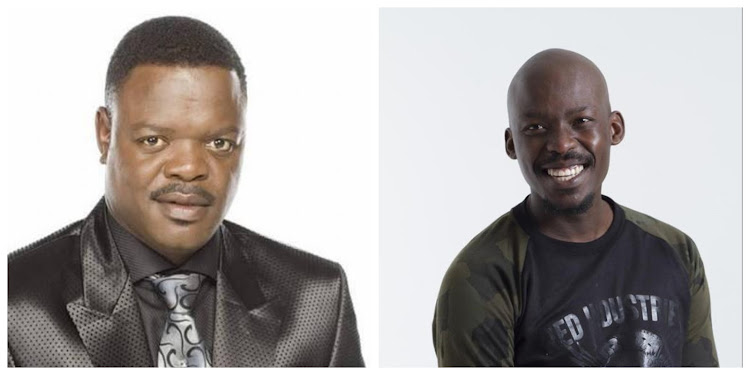 Legendary actor Seputla Sebogodi and his son Thapelo Sebogodi will star alongside each other for the first time ever.
Image: Supplied.

Former Generations actor Seputla Sebogodi and his son Thapelo's wish to share the stage alongside each other is about to become a reality when they bring the play Flak My Son to life from this weekend.

Seputla and Thapelo have teamed up to tell a heartfelt story that explores what it means to be a man in the different eras.

The pair spoke to TshisaLIVE about what it meant for them to tell the story together and revealed that they’ve been looking for a chance to perform together for over four years.

“We’ve worked together before but with me being behind the scenes and him in front and vice versa. This is the first time that we get to share a stage and it’s a big deal for us because it is something we’ve wanted to do and already discussed for a couple of years now,” the pair said.

Thapelo, who was taking a break from their hectic rehearsals as he spoke to TshisaLIVE said it was an amazing experience to work with his dad.

“For me, it has been amazing but a complicated set up. Because for the longest time, I would be getting criticism or advice on my work with him watching and I would do the same for him. We are very close so it’s easy for us to be that way with each other but this was a different dynamic because now he is a colleague. I have to respect him as an elder and my father but above all as an artist,” Thapelo explained.

Seputla shared the same sentiment with his son, saying while it was a different set up to what they’ve had before, he swelled with pride every time he saw how great his son was and how he challenges him to be his best as well.

“I have watched his journey. Which is weird because it was so similar to mine… in that I initially thought he would end up as an athlete or sportsman but he ended up on stage. He is his own man and his own artist and it has been a privilege and an honour to star next to my son,” Seputla said.

The drama is written and directed by the talented Mariska Denysschen and tells the story of three generations of men- the grandfather, father and son in their different upbringings.

The production is part of the State Theatre’s 2018/19 Incubator Programme funded by the Department of Arts and Culture.

Flak my Son will premiere on October 20 and will run until October 28 at State Theatre.

"I have known both sides of midnight and know what it feels have been treated like you are less of a human."
TshisaLIVE
3 years ago

Weight gain of nie weight gain nie, sis is still getting her moola!
TshisaLIVE
3 years ago

"Mampintsha and I are fine. Despite everything that has been said about us, si right thina," said Babes.
TshisaLIVE
3 years ago