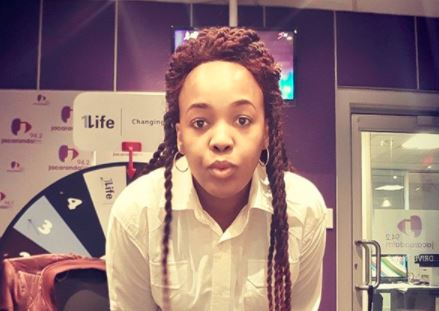 Tumi Morake opens up about her weight battle.
Image: Via Instagram

In an extract provided to TshisaLIVE from Tumi Morake's upcoming memoir And Then Mama Said... she gets candid about her weight battles and dealing with race.

In the revealing extract Tumi opened up about how she went from not caring about her looks to fighting for her life and almost suffered heart failure.

The star, who was taken to the BCCSA for making a racial analogy on radio that rubbed some listeners up the wrong way also spoke about race and how she was often accused of being too friendly to whites.

Here are five revelations from the extract:

Being fat-shamed in an interview

In an interview for the cover of a local magazine, a journalist apparently candidly said, ‘You are overweight and aren’t the typical pretty girl we see in the industry; what do you attribute your success to?’

I was momentarily gutted. I thought she was, in effect, saying that I did not belong in the industry. All because of my looks. I think it was the matter-of-fact way she said it that stung as though it was an obvious fact that I was well aware of.

Being on the verge of heart failure

The buttered side of the bread is where the love lives. I committed to a weight-loss programme in 2016 after my Discovery Vitality test results indicated that I was more than ten years older in health than my actual age.

I was shocked. I found it unacceptable that I was rushing to my grave because I wasn’t taking care of my health.

The signs that it was time for a change were there too. I once collapsed in the middle of a rehearsal. I was on high stilts, and someone caught me halfway to the floor. (Yes, on stilts. I have so many tricks up my sleeve, man; it’s part of my industry longevity.) The doctor said I had the symptoms of someone on the verge of heart failure.

Tumi Morake on Instagram: “She's a dreamer this one. #andthenmamasaid...

"Nobody has ever made me feel like I fit in"

Nobody, at any point, has ever made me feel like I fit in. That element of discomfort, like being allowed into the room but not offered a chair keeps me on my toes.

I have never been skinny. And ever since my first-born, I have always been overweight. My weight, though was never front-of-mind for me. I had a joke or two about my body but that was textbook self-effacing comedy before I went on the attack and took everyone else out – you know, lull them into thinking you’re the target, then turn the gun on them.

When it came to race relations, black people accused me of being too friendly with the whites. My aunt even teased me once and said I was a ‘witbroodjie’ (slice of white bread) like my grandmother, who was always treated well by white people in the Free State when she was still a domestic worker. She was a cute, well-mannered woman who spoke fluent Afrikaans.

My mom, too had been called witbroodjie for being a perceived favourite at home. How ironic, then that whites would find me too ‘Black Consciousness’. I did not fit in with anyone, so I carved myself a little niche where people who liked something different could enjoy me.

Jacaranda FM radio personality Tumi Morake took a page from the book of the infamous apartheid-era villain Hendrik Verwoerd's grandson when she used ...
News
4 years ago

I have never been overly aware of those who don’t like me, because they are not my focus. The buttered side of the bread is where the love lives.

Having the confidence of a cockroach

A cockroach does not belong in your house or on your table but there it is creeping along, in no real rush to get out of your way.

Even when it knows its time is nearly up as showers of insecticide envelop it, it stands there, defiant. I guess that is me in the entertainment industry.

I have employed the cockroach tactic my whole career, stepping into experimental spaces and trusting that God has me, and that I have this X-factor thing I cannot explain.

Katherine Kelly Lang is having a blast in Mzansi.
TshisaLIVE
3 years ago

Tumi Morake is set to make her mark globally.
TshisaLIVE
3 years ago