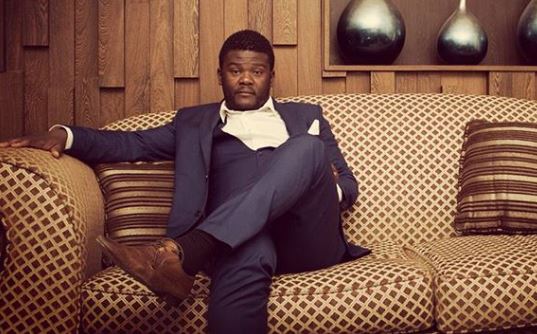 Isidingo actor Motlatsi Mafatshe is a proud product of ikasi and isn't scared to face up to those who think he is uneducated because of it.

The star was born in Soweto and told TshisaLIVE that it frustrates him when people think less of him because he was raised in the township.

He said he enjoyed walking into a room and being underestimated and saw it as an opportunity to prove his skills and talent.

"I enjoy being the underdog. I enjoy it when people get me wrong because there is no pressure. It is just you. People say; 'Oh, we'll see how it goes' and the next thing you are up there."

Motlatsi has captured Mzansi's heart with his role as Sechaba on the popular SABC 3 soapie and said people were often surprised when they realised he was nothing like his character on screen.

"When people meet me they think I am boring. I am not out and about. I am not an introvert but I prefer to keep quiet and mind my own business."

In fact, Motlatsi prefers spending time with his family to going out to industry events - at least they don't think he is boring.

"I think we are doing well because my wife is always busy with her business and I have been busy with acting and directing. It is great to grow but we don't act like we are old. We still act like we are dating but just with a son."

Isidingo’s Motlatsi: I don’t earn enough to live the ‘fab life of a celeb’

After going through financial troubles that led to depression a few years ago, actor Motlatsi Mafatshe made a firm decision to be more calculated ...
TshisaLIVE
3 years ago

Motlatsi Mafatshe's wife: Thank you for making sure I'm the best