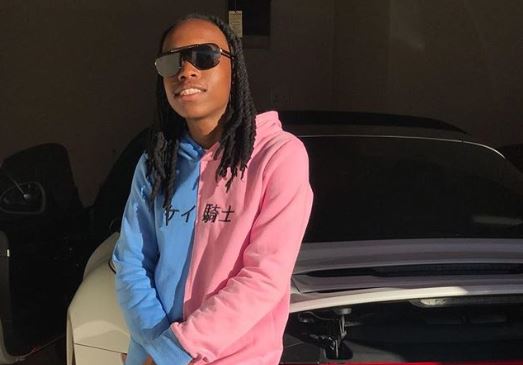 Robbie Malinga Jnr will be giving a series of talks across different communities to help instill confidence in young boys.

Taking to Instagram recently, Robbie revealed that the talks would kick off in the Vaal at the end of the month.

"While growing up I’ve been blessed enough to never have lacked but my parents had always instilled in me lessons about where they came from. Appreciating what we have and lessons on never forgetting about those that need us during tough times and extending a helping hand."

Robbie explained that the idea of the talks was born after he realised how the boy child was often "forgotten and neglected".

The teenager told TshisaLIVE that he planned to take the talks to provinces across the country.

"Society often focuses on girls, which could leave boys feeling neglected and bitter as they grow into adults. We want to help change that by boosting dignity and confidence."

While growing up I’ve been blessed enough to never have lacked but My parents had always instilled in me lessons about where they came from,appreciating what we have and lessons on never forgetting about those that need us during tough times and extending a helping hand. I just thought about how I could make a difference in other people’s lives and thought about how many times that the boy child gets forgotten about and neglected. I have decided to take it upon myself to start by distributing necessary neccesities to different hoods. I will start my tours of traveling different hoods in the Vaal on the 25th of January and still go to different hoods throughout South Africa !!!THE BOY CAN NEVER FEEL NEGLECTED WE HERE TO PROTECT LETS GO!!!!!🚀🚀🚀

Riky Rick: I became a star by mistake

Dude was never looking for fame.
TshisaLIVE
3 years ago

Malcolm X says he wanted to help after seeing her on social media.
TshisaLIVE
3 years ago

The star confirmed the video was -part of a drinking and driving awareness campaign.
TshisaLIVE
3 years ago

Twitter was a mess over Nomuzi Mabena 'car crash', but they also smelt a rat!

But some have questioned the video, claiming it could be part of an arrive alive campaign.
TshisaLIVE
3 years ago