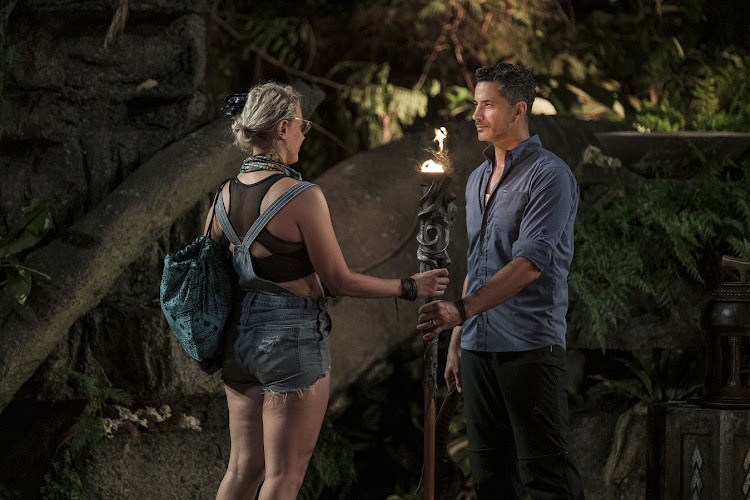 Mrs Cape Town 2018, Lee-Anne van Renen, may now hold the title of the first person to be voted off on the latest season of M-Net's hit series Survivor SA, but she told TshisaLIVE she has no regrets.

Survivor SA: Island of Secrets kicked off on Thursday night with loads of drama and nail-biting moments.

One of the most hectic moments was when Sa'ula's Lee-Anne found out that her beauty queen nemesis Nicole was in her tribe.

Nicole had started an alliance early on in the game with Steffi, Rob and Nathan, calling themselves the Amigos.

And Lee-Anne's decision to stay with self-proclaimed biker queen Seipei while the others went off to "look for resources" meant that she was walking around with a massive target on her back.

In the end, Sa'ula lost a gripping immunity challenge, Nathan injured his foot, and the group were sent to Tribal Council, where all the skeletons and issues of the last few days once again reared their ugly head.

And while the Amigos were indecisive until the end, they eventually chose to boot Lee-Anne off the island after she begged to get to know them better.

Speaking to TshisaLIVE after her elimination, Lee-Ann said while joining the Amigos would have no doubt got her more days on the island, she had no regrets.

"I am happy because I left with my dignity in tact. People go on about being themselves but I feel like I was really myself. There were no pretences. I should have gone off and looked for resources with the rest of the tribe but that would mean I would leave Seipei on her own. That is not like me. I am always trying to help people and be there for them.

"If I could relive that moment over again, I would still choose to be with Seipei. That is the kind of person I am. I don't know how to be nasty or mean."

She admitted to having a sleepless night after watching herself on screen but said she is positive about the future.

"I am someone who never gives up. I also think it is cooler to be kicked off first than second or third because no one really remembers those people as much as they do the first. I also feel like I gave it my all and I was a threat."

She said the tribe made a big mistake by voting her off, telling viewers in her exit interview that Sa'ula now "sits with somebody who is not as fast and agile and an injured person who doesn't know when his foot will heal".

Survivor SA: Island of Secrets is screened on M-Net every Thursday at 7pm and is available on YouTube for a limited time.

Werner never expected Tom to turn against him.
TshisaLIVE
3 years ago