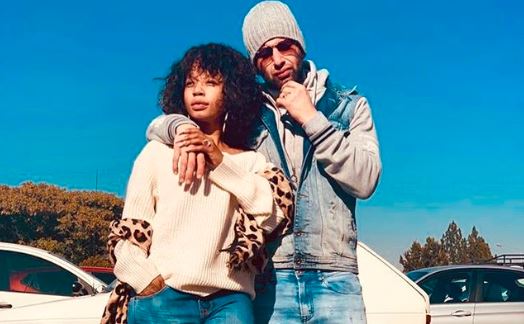 Kelly Khumalo says she has asked God why it took so long for her to find Chad.
Image: Instagram/Kelly Khumalo

Kelly Khumalo has admitted that with her hubby Chad da Don, she's the happiest she's ever been in love, adding that she's asked God several times why he didn't start with Chad.

It is public knowledge that songstress Kelly hasn't been the luckiest in love and her fails have been on the public platform. She told Mac G in an interview that while she had moved on from regretting her past love decisions, she certainly asked God why it took so long for Chad to come along.

"God, I probably regret everything except my husband. I'm like 'God, where was my husband all along'. And also, it's not so much the regret, I wish I was the woman that I was then, but I don't resent what I went through. I respect it because I would not know what I know now."

Kelly explained that the difference this time around was that she chose a man from a "godly place".

"Now I have picked from a godly place, where I am like, 'This man is godly, therefore he will represent everything godly'. I don't have to tell him not to cheat on me or tell him to treat me right," she said.

Kelly went on to talk about her life, her career, fake friends and how one of the things she regrets most is having taken drugs.

Kelly has been cyber-bullied over her personal relationships for years, even being blamed for the ill-fate of her exes, among them Senzo Meyiwa, who was murdered in 2014.

However, true to doing things God's way this time, not only are she and her hubby learning about God together, they also recently took their romance to a whole new level by getting baptised together.

"Today was a very special day for my husband and I, we got baptised together as a couple to signify our commitment to each other and God's purpose for our lives," Kelly said.

Today was a very special day for my husband and I, we got baptized together as a couple to signify our commitment to each other and Gods purpose for our lives, who better to do it than @atboshoff a man of God that both my husband and I love respect and admire. @nellieboshoff @marcusgloak thank you for being so supportive🙏🏾❤️ 📸 by @hyenaphiriproduction #EndlessJEHOVASEASON #YourWillLordNotMine

IN MEMES | Tweeps still can't get over MaYeni's beauty

Tweeps have knocked MaCele off her perch
TshisaLIVE
2 years ago

Zahara is single and looking for 'an African prince'

Just three weeks ago Zahara was still referring to Ian as her "man" and still follows him on social media.
TshisaLIVE
2 years ago

'Don't you think the story has run its course?': Virgin Active on Anele Mdoda cancelling her membership

Anele has cancelled her contract but Virgin Active doesn't seem too bothered.
TshisaLIVE
2 years ago