Zahara is single and looking for 'an African prince' 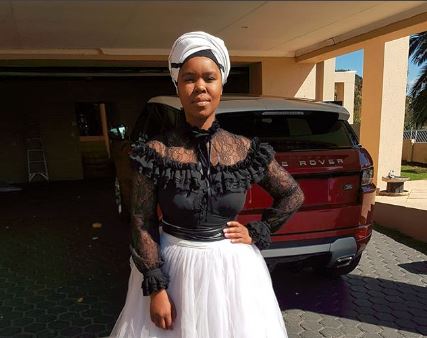 Zahara is back on the market.
Image: Via Instagram

Zahara confirmed to TshisaLIVE this week that her relationship with Ian was over but declined to comment on the details of the split.

Zahara and Ian were last pictured together on social media three months ago when Ian shared a video of Zahara singing happy birthday to him.

But just three weeks ago Zahara was still referring to Ian as her "man". She also still follows him on social media.

The couple told TshisaLIVE shortly after their romance started that they had plans to get married.

Speaking to TshisaLIVE, Zahara's cousin and manager Oyama Dyosiba claimed the singer has been single for a while and joked that he could not remember a time when she wasn't available.

"It seems like forever. She has always been single in my mind. We want to forget the past and now move on."

He said Zahara was looking for "an African prince" who could treat her right.

Zahara laughed in agreement and said that while hot and rich may be on the list of requirements, she was looking for a God-fearing man.

But she is taking it slow and said she was focusing on her career at the moment.

"I recently came back from Rwanda where I had several great performances and was also given an award. I am focusing on music and what happens, happens."

When my people came to Congrats me.. thank you guys @Aliboy_official 👗: @tomircreations

"I am focused on a new path. I am in a new space. I am exhausted from talking about it. I just want to leave it to my lawyers and move on with my ...
TshisaLIVE
3 years ago

While the spat was a massive talking point across Mzansi, it doesn't seem to have affected the star's popularity.
TshisaLIVE
3 years ago

Zahara visited the church late last year and was "blessed" by the pastor to have her difficulties removed.
TshisaLIVE
3 years ago

EXTRACT | Hagen Engler's Black Twiter, Blitz and a Boerie as Long as Your Leg

Zahara's 5 months of sobriety: I finished a bottle of wine by myself & knew I needed help

"I was able to get clarity and now I am sober since October. I haven't touched alcohol since and I don't miss it because I don't think it was a ...
TshisaLIVE
3 years ago