Euphonik to DJ Fresh: They are trying to break you down 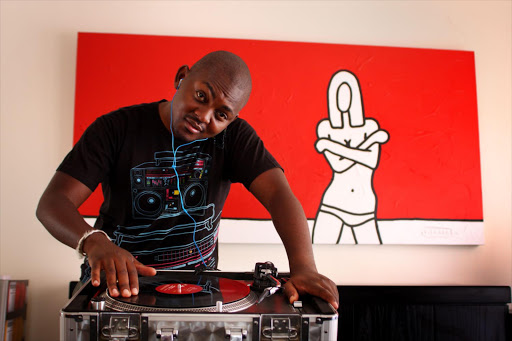 DJ Euphonik has weighed in on DJ Fresh's dispute with the SABC.
Image: Daniel Born

As the dispute between DJ Fresh and SABC continues, the radio host's long-time friend Euphonik has offered some words of advice and encouragement.

Fresh was taken off air at Metro FM last month after a complaint was lodged with the Broadcasting Commission of SA (BCCSA) alleging that the DJ used an adaption of the isiZulu swear word "msunery" in response to a listener on air. In a separate incident he allegedly told another listener to "stop tweeting from his ar**".

Sunday World reported over the weekend that after receiving a letter from the SABC telling him of their decision and his need to apologise on air, Fresh allegedly wrote back through his lawyers and refused. They added that Fresh's team had allegedly given the SABC an ultimatum that he be reinstated immediately.

DJ Fresh hit back at the claims through a statement issued on Monday night and said he had offered an apology two weeks ago. He added that one of the stumbling blocks in the dispute was the broadcaster keeping him off air for longer than the two weeks initially decided on.

Euphonik took to social media to offer Fresh his support and encouragement.

In a Twitter post addressed to Fresh, Euphonik said Fresh's enemies were trying to break him down, but would not win.

"They think they're breaking you down but don't realise they are only making you stronger," he wrote.

.@DJFreshSA They think they're breaking you down but don't realise they are only making you stronger. 💪🏾

Euphonik was joined by hundreds of fans who offered their support to Fresh.

The radio DJ was grateful for the messages but also warned those who had "exposed" those allegedly to blame for the fiasco to "rise above cyber-bullying and 'lynchings'".

"Bomz, I fully appreciate the love and support! But please let’s rise above cyber-bullying and 'lynchings'! We can be bigger than that and still arrive where we need to!" he told one follower.

Fresh also laughed at suggestions he may resign after being reinstated at Metro FM.

"Being booked off air for two weeks was punitive, no income for that duration was punishment enough. The additional three weeks off air feels purely ...
TshisaLIVE
3 years ago

Euphonik not worried by people looking for Durban July tickets: 'They need a visa where I am'

Flex so hard...
TshisaLIVE
3 years ago

"When my gut said 'listen to Euphonik', all of two years ago, I should have! Now I must call him and say 'seems as if you were right'''
TshisaLIVE
3 years ago

Fresh is back, but on TV.
TshisaLIVE
3 years ago