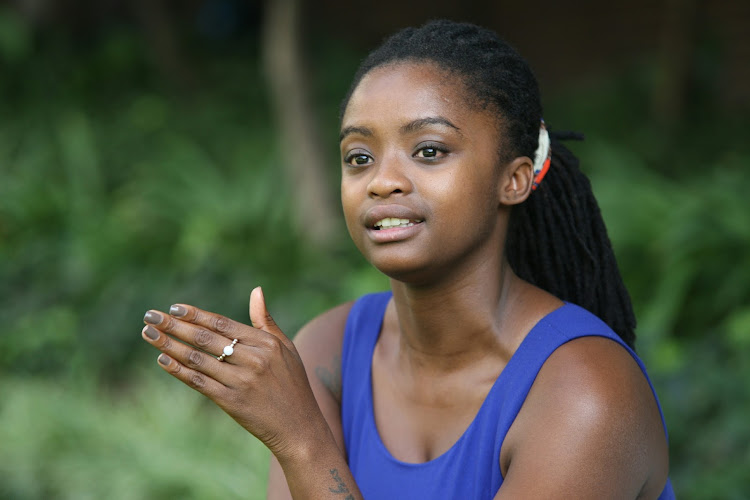 Samkelo Ndlovu is a doting mom and is content with her current relationship status.
Image: Gallo Images / Sowetan / Vathiswa Ruselo

Actress Samkelo Ndlovu is known for keeping her private life out of the spotlight, but in a candid interview has revealed that she’s single and focused on being a mom to her daughter.

Speaking to Mac G Unleashed in one of the most authentic interviews the actress has ever given, Samkelo explained that while she loved her baby daddy and he loved her, they were not in-love and were no longer together.

However, they were co-parenting and were very cordial.

“I’m single and we are co-parenting pretty well, they have a great relationship with (the baby). I am not back in the market like that, I’m just really taking things slow, and besides, I really don’t have time for men and stuff.”

The actress, who has been slaying the role of Lerato on e.tv soapie Rhythm City for more than five years, explained that she’s been a busy woman writing, directing and creating music.

She hinted that she had a body of work that she’s almost ready to share and talked about her dream collaborations, which included people like Moonchild.

Samkelo said her number one priority, however, was being a mom to her daughter.

The yummy mummy gave birth in 2018 and recently shared pictures of her little one on Instagram. She’s as cute as they come and the apple of her mother's eye.

Looks like she 'did it drunk': Tweeps drag Mihlali's makeup skills

Mihlali can't even afford to breathe in the wrong direction because she'll most likely find herself on the trends list...
TshisaLIVE
2 years ago