Nomzamo calls on the nation to report fake news and tweets

'Propaganda is a dangerous weapon' 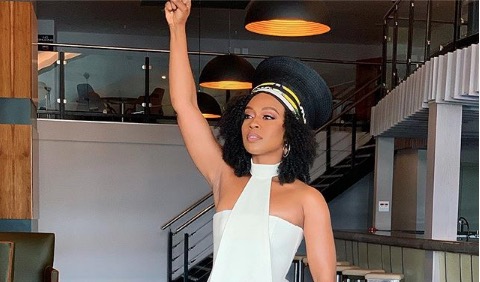 The star, who is known for advocating human rights, took to social media and brought to light that people shouldn't believe all that they see on social media.

"Report all fake videos and tweets. Propaganda is a dangerous weapon. It buries the truth, manipulates reality and is a tool of falsehood."

Nomzamo also took the government to task and penned an open letter to the president asking him to re-examine laws that don't favour the poor.

She explained that the president made a public announcement and appeared "helpless and disheartened" in the face of "weeping, chaos, treason, anarchy, murder, femicide and utter turmoil".

"This in itself is demoralising and with all due respect, gives little to no sense of your authority nor urgency. The killings of women and children should be treated as an act of treason! The life of the nation is threatened by war and civil disorder."

The Coming to America 2 cast member had expressed that ordinary law and order had become inadequate and that government powers were not sufficient to restore peace and order.

"Declare a state of emergency. Before there is more bloodshed, fertilising the soil of a dying nation," she added.

Propaganda is a dangerous weapon. It buries the truth, manipulates reality and is a tool of falsehood.

Nomzamo Mbatha still a 'critical part of the Isibaya cast', despite moving overseas

Nomzamo, who is living in the US, has bagged a role in 'Coming 2 America'
TshisaLIVE
2 years ago

Nomzamo Mbatha went to the US and scored big: She's been cast in the 'Coming to America' sequel

In December 1969, 22 men and women stood together in the Old Synagogue in Pretoria after eight months of detention without trial. The accused were ...
News
2 years ago