Nomzamo Mbatha went to the US and scored big: She's been cast in the 'Coming to America' sequel 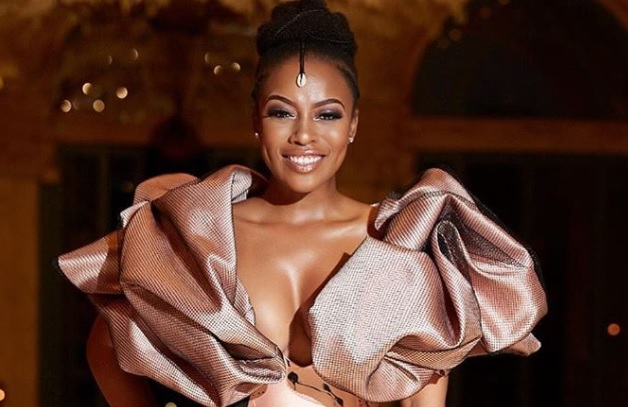 Fans around the world have been freaking out at the news of a Coming to America sequel, with it being confirmed on Friday that South African beauty Nomzamo Mbatha has joined the cast.

Nomzamo's role as “one of the leads” in the follow-up to the 1988 cult classic, Coming 2 America, was confirmed in a short statement.

Nomzamo was not available for interviews, as she is already in production for the movie, but said in a statement that she was “speechless to be a part of a project of this magnitude”.

“To God be the glory. It is truly unreal to me. The sacrifices have paid off. The goal was never insurmountable, but rather a path of commitment, diligent work and sacrifices by me and my team.”

Nomzamo moved to Los Angeles several months ago and said the decision was made in faith that projects such as these would be available.

“Moving to Los Angeles was a choice of faith, and God has surpassed my wildest dreams. This moment is bigger than me — this moment is for every single girl who doubts herself or just how big her God is. My life is a testament to that. My life says God is bigger than ginormous! I am grateful, I am humbled, I am honoured to be cast in Coming 2 America.”

Coming to America is still seen by many as one of the most impactful black American comedies of all time and helped propel Murphy's career. Rumours of a sequel earlier this year were met with a flood of approval from fans, many of whom took to social media to express their excitement.

Nomzamo's role in the sequel comes off the star’s successful showcasing of her first short film, 2 Grams and a Sunrise, at the Durban International Film Festival in July. She produced and starred in the film.

Nomzamo's letter to herself: Girls like me aren’t supposed to make it but I did

Nomzamo Mbatha is proof that dreams do come true.
TshisaLIVE
2 years ago

Nomzamo Mbatha remembers past hardships & her gran dying in her arms