'We are head over heels': Zodwa and new bae open up about their love 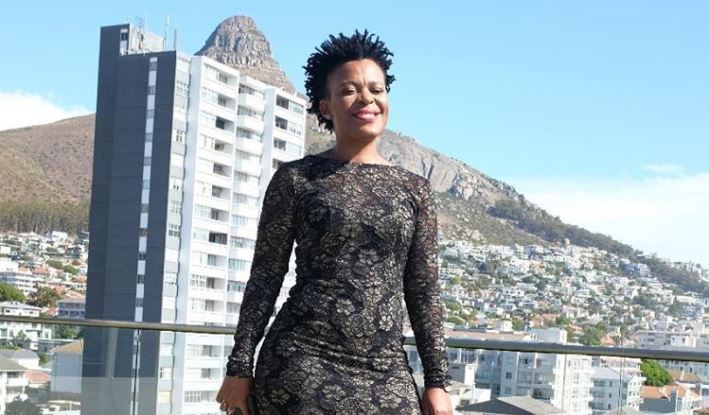 Just three months after she called off her wedding to long-time bae Ntobeko, Zodwa Wabantu has found love again.

The reality TV star is on cloud nine after finding love in the arms of her new Ben 10, Vusi Buthelezi, who made his big debut on Zodwa's Instagram feed earlier this week.

Zodwa told TshisaLIVE that she and Vusi were head over heels with each other and you could tell by the tone of their voices.

“I will decide whether I include him on my reality show because I have 13 episodes ahead of me. We have been dating for three months, he makes me happy and I love him, can't you see my skin is even glowing?” Zodwa asked.

The dancer added that Vusi was the reason why her skin was beautiful and glowing lately.

“Since I'm very busy I don't want to make him understand my life or involve him because my previous relationship was ruined by that. After they get used to this life they become big-headed and think they are a superstar and the only superstar is me."

"What attracted me to her is her honesty, she's pure. I love being happy and she loves being happy. I'm an entrepreneur and also furthering my studies," Vusi said.

Vusi explained that spending time was quite a mission but they always made it work.

"Sometimes our work schedules clash so I sacrifice by travelling with her to make our relationship stronger. We understand each other's job pressures. I spend time with her when I'm not working."

😁 Deals. Can I make him Famous😂 Season 2 @mojalove 👍I’m a Workaholic.

Zodwa: I still believe in love, but not with Ntobeko

"I will never get back with Ntobeko."
TshisaLIVE
2 years ago

Ntobeko speaks out on Zodwa breakup: She knows the truth

Ntobeko isn't about to spill tea on what happened between him and Zodwa.
TshisaLIVE
2 years ago

Zodwa on moving on: 'I want to give and love less'

Arg man, we cannot believe this weekend was the season finale of Zodwa Uncensored.
TshisaLIVE
2 years ago

Zodwa spills the tea on her breakup: He didn't cheat & it's got nothing to do with his family

Zodwa says the whole world would have known if Ntobeko cheated.
TshisaLIVE
2 years ago