LISTEN | Labantwana Ama Uber hitmakers: 'We are not promoting drugs' 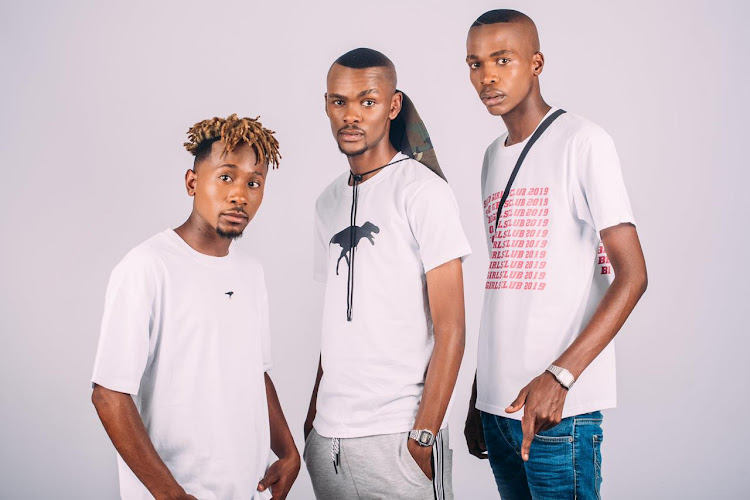 Labantwana Ama Uber hitmakers Semi T, Miano and Kammu Dee have slammed swirling suggestions that the hit track which has turned into a national anthem promotes the use of drugs.

The electrifying amapiano track has taken Mzansi by storm and has everyone dancing to it.

However, it has also faced some criticism with some mainstream radio stations censoring some of the lyrics when it plays on air.

LISTEN TO THE STUDIO INTERVIEW:

"We are on cloud nine that our song is well received, and we refuse to pay attention to negative comments that we are promoting drugs," producer Semi T told TshisaLIVE.

The trio said they were confused over how they could be misunderstood when the song is very clear and straight to the point.

"The first line of the song says labantwana ba wrong, labantwana ama uber, bayithatha bayifaka emakhaleni bayi uber, so which part is promoting drugs? We are not promoting drugs.  Nyaope and other drugs are destroying  the lives of our youth, so that’s why we decided to come up with a song that is against drugs", Kammu Dee said.

Miano said people should listen to the song thoroughly before making accusations.

"We are  encouraging the youth to do the right thing by abstaining from drugs. How can we say labantwana ba wrong if we are promoting cocaine?"

He also shut down critics who believe amapiano is "vulgar", and questioned whether the negative comments were fueled by the rise of the genre.

"Every genre, including hip hop, has a vulgar side so we don't understand why only amapiano is being labelled vulgar. Or is it because we (amapiano) are taking over December? Miano saidd.

The trio told TshisaLIVE they are currently cooking something that's going to be flames with AKA and Mapamputsi, and fans should watch out for this.

Stilo Magolide's new EP is set to show him in a way you've never seen him before.
TshisaLIVE
2 years ago

Kamo's dance moves are really flaming up these streets.
TshisaLIVE
2 years ago

Nasty C says he was joking about ending 'yanos