Bahumi on living in Somizi's shadow: It bothers me at times 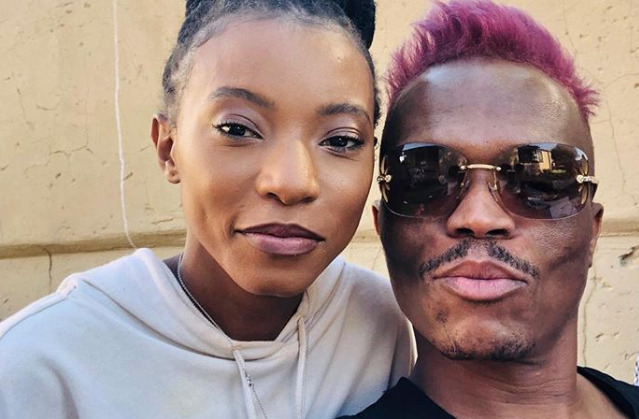 Actress Bahumi Madisakwane is determined to step out of her father's shadow and prove that she is more than just Somizi's daughter.

Speaking to Drum magazine recently, Bahumi expressed that she was grateful for her father’s unwavering support but the “criticism” did sometimes get to her.

“I’ve always been a topic of discussion since I was born, and as much as I have learnt to ignore the haters, it bothers me at times. Since I was a child people spoke about me being Somizi Mhlongo and Palesa’s child. People spoke about my dad being gay. There was criticism when my dad got married.”

She added that the talk never stops, but has learnt to shut out the “noise”.

Bahumi, who made her acting debut on SABC’s Keeping Score in 2017, is learning to grow a thick skin and learning the ways of the industry.

She faced recently faced backlash after being cast as the younger version of Lebo Mathosa in the upcoming BET Africa series, Dream: The Lebo Mathosa Story.

Many claimed that she only got the role because she was Somizi’s daughter.

Acknowledging that backlash was the nature of the industry, Bahumi ignored the hate and took to Instagram to share her excitement about getting the role.

“Words cannot describe. But in their best effort, telling the story I had both dreamed and feared of telling my whole life, has been one of the most humbling experiences and gifts thus far. God Thank You. You are Faithful. May You forever be glorified.”

Words cannot describe.. But in their best effort, telling the story I had both dreamed and feared of telling my whole life, has been one of the most humbling experiences and gifts thus far. God Thank You. You are Faithful. May You forever be glorified. To each person who has played a role in helping me, guiding me, and pushing me throughout this process, you truly are a blessing. From my friends and my family, to the amazing crew (the greatest appreciation to the choreographers @erasmusmegan and Sis Sbongile for being extreme professionals and encouraging Aunts to me all at the same time), I would not have enjoyed this process with all the challenges it came with if God didn’t choose all of you to walk this with me. Here’s to a beautiful production, a beautiful story, and an extraordinary person I have been trusted to evoke - may her soul rest in everlasting peace. 🙏🏽 (Clips from the first week of dance rehearsals )

Although Bahumi never responded to the backlash, her father has been by her side, encouraging her to not care about what “the haters were saying”.

In a social media post he said the role was not an accident or coincidence and that she was born to be a star.

“It is not a coincidence. Not an accident. Not a mistake. No surprise. That you’re playing this role. It was written in the stars from day one. I remember the first time she (Lebo Mathosa) met you and screamed ‘oh my word I have a daughter’ and from that day on she called you her daughter because of the striking resemblance.”

“Take this role baby girl. Own it. Run with it. I’ll be cheering on the sidelines.”

Somizi praises Bahumi for Lebo Mathosa gig: I’ll be cheering from the sidelines

He recounted the moment Lebo first met Bahumi as a little girl and how the star loved her like her own child.
TshisaLIVE
2 years ago

Bahumi Madisakwane has shared clips of the making of the Lebo Mathosa biopic. 'It's one of the most humbling experiences of my life.'
TshisaLIVE
2 years ago

LISTEN | KB on Lebo Mathosa biopic backlash: I wanted to tell her story not be her

KB Motsilanyane says she understands Lebo Mathosa even more now that she played her role.
TshisaLIVE
2 years ago