'We wanted to showcase our tradition, to educate the audience on the cultural background of what takes place in a South African Traditional wedding'... 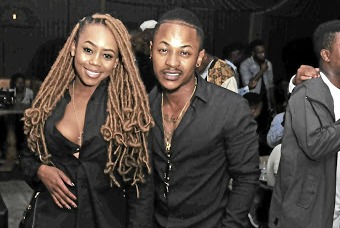 Rick Jade, as they are also known, released the music video for their current single, Sweetie Lavo, that detailed the events of their wedding day on September 28.

The Molois shared a snippet of the music video on their respective social media platforms, which not only showed events of their wedding, but their steaming hot first kiss as husband and wife.

The music video shows touching moments of what took place at Rick and Jade's special day, as they aimed to drop some knowledge to their fans on the fundamentals and importance of a traditional wedding.

As being “culturally proud” is the centre of the music video, it starts with Priddy getting ready to go to Bontle’s family and then the process of families presenting gifts to each immediate member of the bride’s and groom’s families.

“We wanted to showcase our tradition, to educate the audience on the cultural background of what takes place in a South African traditional wedding. A wedding in the South African essence is not just a union between bride and groom, it is a union of families, a union of cultures and traditions, a marrying of spiritual ancestors and forefathers.

“We wanted to showcase certain aspects of how the families engage, the gifting ceremony between the families and show beautiful marrying of modern and traditional Sesotho attire. Ultimately we wanted to share our joy with our audience and make them feel like they were present.”

The single was from their debut, D.N. A (Da New Afrika), which was released on October 11.

Priddy gushes over Bontle: 'The trick is to choose your best friend as a life partner'

Priddy Ugly and Bontle spill tea on their wedding plans

Priddy and Bontle's wedding would be gorgeous, don't you think?
TshisaLIVE
2 years ago

Judging from Bontle's face reaction to the surprise baby shower, I think Priddy and her sister pulled it off.
TshisaLIVE
2 years ago