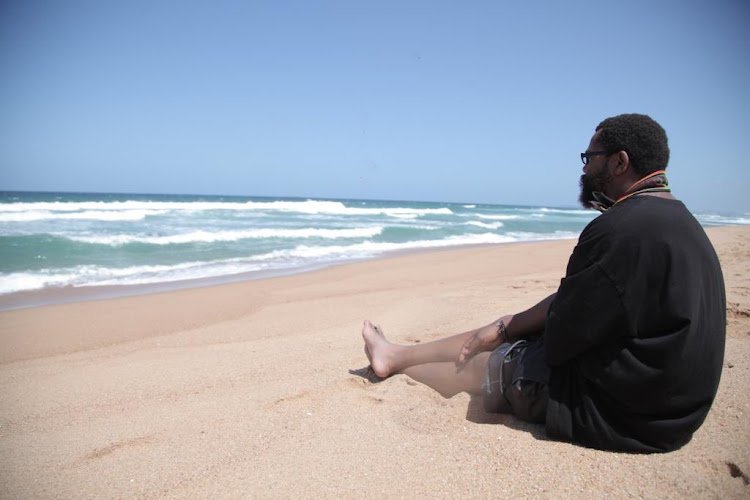 Either he is out to shoot some really deep wallpaper snaps for his phone or Sjava is gunning to become the meme god of 2020, but the muso has fans in their feels with his latest snaps on the beach.

The Uthando hitmaker had fans in a tizz on Thursday when he posted a series of snaps of himself on the seashore.

In the snaps, uploaded to Twitter, Sjava is seen looking pensively into the distance. In another, he has his back to the camera as the camera captures the imposing ocean. A third shows him talking on the phone.

While some have praised the snaps as genius and creative, others worried that their idol is going through the most and sent their prayers.

They pointed to the black heart emoji that Sjava used in the caption as evidence that things were looking a little dark in the star's life.

What ever you goin through i relate bra😿 pic.twitter.com/iX4WpH2BfN

When I have problems beyond me...I'll need these pictures

yoh, I don’t know what you’re going through, but I feel you

I don't know what you going through but I can relate. ... pic.twitter.com/Xsoj8fj5cw

I don't know what you're going through, but same Abuti same 😏 pic.twitter.com/MUVE3uncFy

Veteran actress Thembi Mtshali- Jones got a birthday surprise from one of her favourite artists.
TshisaLIVE
2 years ago