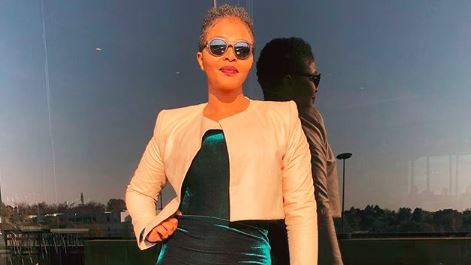 Simphiwe Dana opens up about the making of Bamako and why it may be her last album.
Image: Via Instagram

Simphiwe Dana fans were left saddened after the songstress revealed that she's  contemplating leaving the music industry after she drops her much-anticipated album Bamako.

The Ndiredi hitmaker explained to TshisaLIVE that the matter was not a fixed decision yet and was still under consideration.

"I am seriously considering it. It's just ... sometimes finance wise this career is just not sustainable. The instability gives me anxiety because I am a single mother. I'm also the kind of person who puts 120% of myself into everything I do and particularly my music, that means I don't have as much time to take on other work or diversify. There's no space to do much else but I am working on a concept that could potentially give me more financial stability," Simphiwe said.

In the now-deleted tweets, the musician said she intended not to learn the hard way, like her musical idols Busi Mhlongo and Miriam Makeba did, about the lack of regard the industry (particularly) in South Africa has for its artists.

"It's important for us to know our history. I will not die like Busi Mhlongo or Miriam Makeba. Let me opt out now and find other avenues to take care of my progeny. I've given it my best. South Africa eats her children," she said. 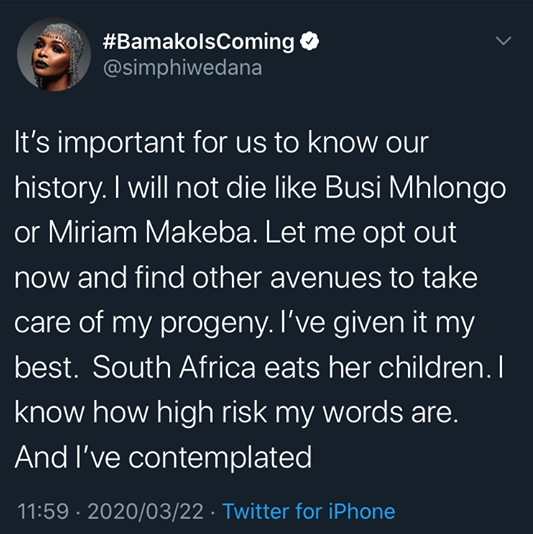 Simphiwe Dana has been in deep thoughts about her music career.
Image: Twitter/Simphiwe Dana 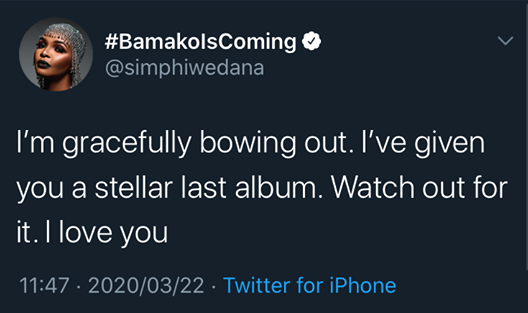 Simphiwe Dana has been in deep thoughts about her music career.
Image: Twitter/Simphiwe Dana

Simphiwe further told TshisaLIVE that she would never stop loving music and that the thoughts were brought about by the current situation artists in SA find themselves in following the deadly coronavirus outbreak.

"This coronavirus is definitely going to mess with musicians because we really depend on public gatherings. And it's a very depressing time for artists."

However, Simphiwe said in the meantime she wanted her fans to enjoy the music that she poured her soul into. She said her upbeat second single, Uzokhala, is exactly what the doctor ordered in these depressing Covid-19 times.

And if Twitter is anything to go by, she wasn't wrong.

I love how you love me. And I have secret reasons why I love you, and crew. Y’all are so special to me

Simphiwe isn't the first artist to speak out about her desire to diversify her brand at the realisation that the virus might have a huge negative impact to her financial stability. Artist all over Mzansi have spoken out about the same issue, including musician Prince Kaybee and poet Lebo Mashile.

Read the interaction Lebo and Simphiwe had on the matter below.

Same sisi. Government, Arts and Culture to be specific, is disappointing me the most

Simphiwe Dana gets real about how she chooses to social distance

"We all have the same 24 hours Twitter" rubbed her up the wrong way.
TshisaLIVE
1 year ago

Simphiwe Dana remembers Bra Hugh: ‘We were gonna do an album together, but timing ...’