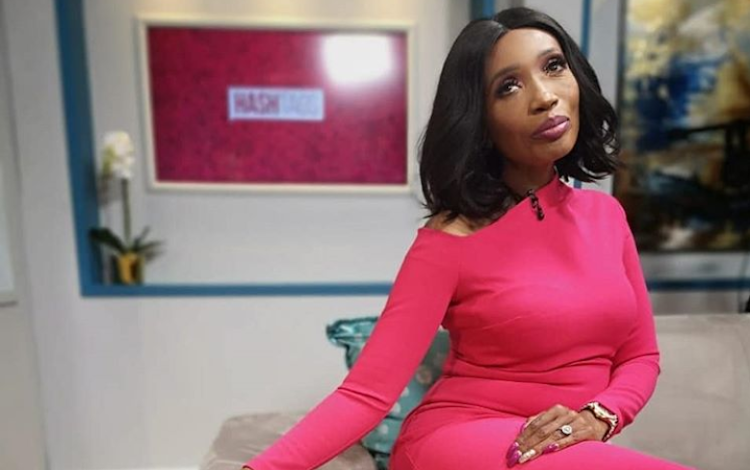 Sophie Lichaba opens up about the impact the Covid-19 pandemic has had on her career and businesses.
Image: Sophie Lichaba's Instagram

Like many others in Mzansi, Sophie Lichaba has been hit hard by the Covid-19 outbreak which has brought her businesses to a standstill.

Besides being one of the most popular actresses in Mzansi, Sophie Lichaba is also a successful businesswoman with an events company and restaurants.

Speaking on Afternoon Express recently, Sophie revealed that the Covid-19 pandemic has brought all her main businesses to a halt.

“As a business-person, events has come to a halt whether you like it or not. My husband and I, as you know, own restaurants and chesa nyamas, that had to be cut to a total standstill.”

She said that filming had also stopped on drama series, and said that scripts will have to be rewritten in the future to accommodate physical distancing and other safety precautions on set.

Despite this, the star is making the most of her time at home and said she is focusing on reconnecting with herself.

The star has previously told TshisaLIVE that her events business was impacted by the swirling rumours around her health, including several false reports that she had died.

Sophie hit back at Sunday World claims last year that she was more than R80,000 in arrears on her bond by announcing that she was renovating a hotspot in the Vaal and converting it into a chesa nyama and lounge.

Darlings!! Happy Sunday❤My Sundays are a constant reminder that the devil always " tries" to come after a Blessed child of the most high God even on holy days👸The war was never over but... guess what. I was born Blessed! Covered by Grace. Just renovating this new venue God blessed us with says "I will always be with you I never left" You see every year l grow spiritually I'm a soldier at war n never lose a battle... you know the higher you go up the stronger the wind that Carrie's " udoti" tries to mess with ones fab life.... but darlings my God is faithful and is restoring everything those that despise tried to take! They tried to bury Gods favourite.. Remember the story of Job!! They should know by now my faith is sufficient, I'm Blessed I'm untouchable!!!💃.. I WILL keep rising!!!!! My song for today it's truly my favourite by (Hezekiah Walker.. God favored me) I'm favoured...Glory to God👑❤💃 #GodsFavouriteDaughter #ImWithSophie #kwalichabavaallifestyle 🍹🥂

Sophie deserves all the awards!
TshisaLIVE
2 years ago

WATCH | Sophie Lichaba: 'SA doesn’t realise the pain of losing half yourself & make it into a joke

Sophie Lichaba wants South Africans to be careful of what they joke about, because a cruel jibe can literally affect a person's entire life
TshisaLIVE
2 years ago

'It affected me. After two days of people calling me, I was taking strain. My body was aching'
TshisaLIVE
2 years ago

Sophie Ndaba is grateful to God for getting them through the challenges thrown their way.
TshisaLIVE
2 years ago