“Male privilege is being a known sex pest, rapist, and abuser and being repeatedly hired, empowered and enabled because you’re 'so talented'.” 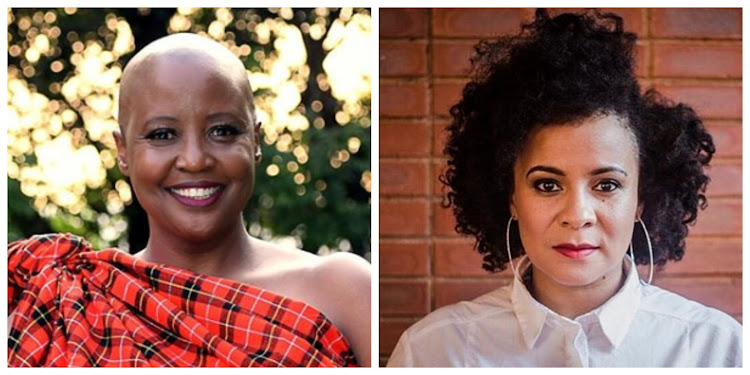 Activist and renowned poet Lebo Mashile and actress Rosie Motene have lifted the lid on male privilege in the entertainment industry and society at large.

The rise of the #IWas campaign earlier this week, where women from all over Africa opened up about their experiences with some sort of sexual violation, ignited a heated conversation between Lebo and Rosie over disgusting examples of male privilege.

Her tweet saw a lot of people comment with their real-life experiences of male privilege. One of the people who had a lot to say was Rosie, who gave a few chilling examples of how she's seen male privilege play out.

“Male privilege is being a known sex pest, rapist, and abuser and being repeatedly hired, empowered and enabled because you’re 'so talented'. Male privilege is blocking career opportunities for the women who tell the truth about what you’ve done to them.

Both women have previously spoken out about the treatment - either prejudiced or abusive - they have endured as female entertainers in the industry at the hands of men and patriarchal bias.

Read the rest of their thread below.

Male privilege is waiting for the conversation of Twitter to change from gender to something else before you participate.

Male privilege is when your daughter, mother, aunties, wife, & girlfriend stand up for you when you have violated a woman. https://t.co/g8kD2mzc4p

Male privilege is arriving at work drunk and vomiting and production laughing it off, telling the cast they should just bare with him!

Rosie Motene questioned where Florence and Rami were when she spoke out against the abuse she endured ...
TshisaLIVE
2 years ago

Lebo Mashile: 'When their policing doesn’t work, they call you a problematic b**ch'

'When their policing doesn’t work, they call you a problematic b**ch'
TshisaLIVE
2 years ago