“Sthoko made Clement's sexuality all about her, her life, her job, how people would treat her and what she would have to do to now protect her son because he's gay.” 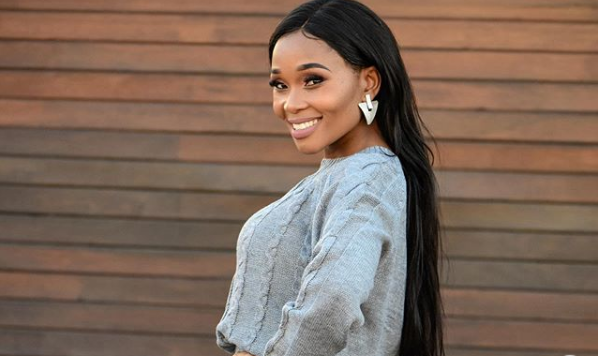 Skeem Saam fans were completely shocked at Sthoko's homophobic reaction towards her on-screen son Clement's sexuality, but the actress behind the role, Innocent Sadiki, has explained that Sthoko's reaction wasn't fuelled by homophobia but by her selfishness.

Fans of the popular soapie expected Mantuli to be homophobic but assumed that Sthoko, being a young and modern woman would have a different reaction. Most fans struggled to understand where her reluctance to accept her son as gay came from.

In an interview with TshisaLIVE, Innocent broke it down.

“We knew that her reaction would shock people ... because what people don't realise is that while Sthoko is a young woman, she's very old school and set in the ways she was taught. So she's really not as open-minded as people would expect her to be.

“Sthoko loves her son very much and for her it was more fear and her being self-centred that prevailed, more so than actual homophobia. She doesn't hate gay people or judge them as harshly as her typically-homophobic mother, but she knows how they are treated in the world and wishes more than anything that she didn't have to be the one with a gay son needing protection. So she made Clement's sexuality all about her, her life, her job, how people would treat her and what she would have to do to now protect her son because he's gay.”

"Me, living in Soweto, I see it on a daily - how a gay man and a lesbian woman are being mistreated by people in the community."
TshisaLIVE
1 year ago

Innocent explained that Skeem Saam wanted to show its viewers that people's reactions when their loved ones come out as gay or as a member of the LGBTQI+ community, is fuelled by different things and, for Sthoko, she made the whole thing about her and her life.

More than the “Abantu bazothini syndrome” that further alienated the mother from her son, Sthoko only thought about how Clement's sexuality would affect her, as a parent.

“For Sthoko, it's all a matter of how is your truth going to affect me. She's at the point in her life - you know after surviving an abusive relationship and her recent job trauma, where she wishes for a simple life without the drama and wants to kind of lie-low.

“Clement's truth ensures that she won't have that, at least not now. So she feels like this is just another hurdle for her and she's tired of fighting. Sthoko is just selfish and is not considering Clement's feelings at all. Her reaction actually has nothing to do with Clement being gay, she is in essence rejecting the drama that comes with her son's truth.”

The actress says fans of the soapie will see Sthoko eventually come to her senses and realise that nothing about Clement being true to himself is actually about her. She says in due time, fans will see that she reacted out of fear and selfishness but she will always end up in Clement's corner.

This is Sthoko's reaction that left Skeem Saam fans confused and upset at the young mom:

di ya buya ko #SkeemSaam 🙆🏾‍♀️ ! This is why #Sthoko was #trending . What would you have done ? #Clemmy is gay! #welovewhatwedo #weareacting #actor

Clement's "coming out" has re-ignited an important conversation.
TshisaLIVE
1 year ago

IN MEMES | LOL! The internet made #WhoIsSthoko trend and here’s why?

In the words of Jub Jub, "Who is who here?"
TshisaLIVE
1 year ago

Actress Innocent Sadiki is excited about welcoming her second child.
TshisaLIVE
3 years ago

'But they'll be fine with it eventually because it is not changing,' Innocent said about her family who weren't too keen on her baby's Tshivenda name.
TshisaLIVE
3 years ago