WATCH | 'I pleaded with her to not leave': Lerato Zah Moloi bids farewell to her mom Candy Moloi 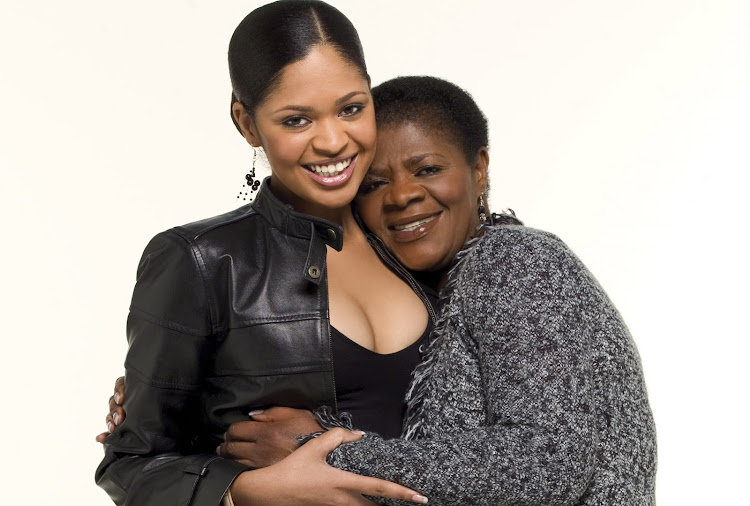 Rhythm City actress Lerato Zah Moloi struggled to fight back her emotions as she spoke at the memorial service of her mother, veteran actress Candy Moloi on Thursday.

Candy, best known for her role as Vho-Makhadzi on the SABC2 soapie Muvhango, died in a Pretoria hospital on Tuesday after a long battle with cancer. She was 67.

She is survived by her son Tshepo, daughter Lerato and two grandsons.

In an intimate ceremony, held under strict protocols due to the Covid-19 pandemic, friends and family paid tribute to the actress.

Candy was praised for her generosity, humility and talent. She was also hailed as a community builder, with stories of her helping those in her community and the industry being shared from the pulpit.

An emotional Lerato was accompanied on stage at the memorial service, where she broke down while paying tribute to her mother.

“She fought like a trooper. She tried her best, but in the end she was really tired of fighting. My mother fought throughout her life. What pains me the most is she never got that break. She was always fighting through life, working through life. Always doing something for other people ... She gave and got nothing in return.”

She said that she had wished to let her mother rest and enjoy her retirement, but now had to bury her.

Lerato said she saw her mother twice during lockdown, and that in her last moments Candy had lost her mobility. She explained that her mom had been in and out of hospital and rehab for the last two years.

She recounted her last moments with her mom, saying Candy was struggling but she had a few minutes with her.

“I spoke to her with faith that she would fight through this. I thought she would pull through. I said a prayer with her. I begged her. I pleaded with her to not leave because I still need her. I don't want to imagine life without her. I am because of her. My world doesn't make sense without my mother. I said those words to her.”

She said that she lost her mind after hearing of her mother's death and felt her mother leave.

“I felt my mother going and the pain in her body leaving. When I got to the hospital, the numbness, pins and needles left.”

She ended her address, releasing her mother and wishing her a peaceful rest.

“Mama, I release you. Good night,” she said.

A second memorial service will be held in Candy's hometown of Thohoyandou in Limpopo later this week, ahead of her funeral on Sunday.

All ceremonies will take place under strict Covid-19 restrictions.

Watch the full service below.

"She was really in pain and not in a good space."
TshisaLIVE
1 year ago