'Life With Kelly Khumalo' goes deeper into all the issues she faces ... 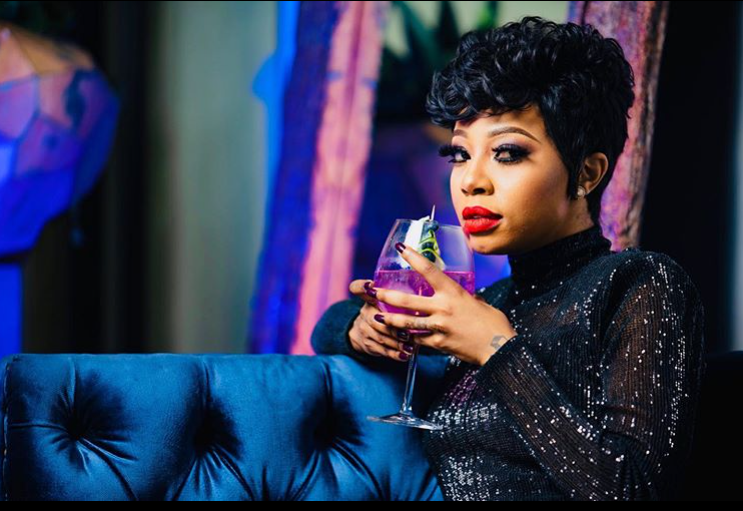 Kelly Khumalo leads a pretty public life which led to Mzansi questioning if getting a front-row seat into her life was worth their time, but if her trailer is anything to go by then Mzansi is going to enjoy going deeper with Kelly.

Life With Kelly Khumalo, which airs on August 6, doesn't leave any subject that Kelly has ever hogged headlines for behind. Every debacle the controversial songstress has been embroiled in is addressed in detail, other than the Senzo Meyiwa murder issue, for obvious reasons.

TshisaLIVE got a chance to watch three episodes of the much-anticipated reality show and can say with certainty that viewers will enjoy the “background” conversation to all the headlines the singer has made over the years.

“We don't have a dad? Why?” - Thingo, Kelly and Senzo's daughter

Thingo's shining personality will immediately win you over but it is her heartfelt questions about the whereabouts of her father that will break your heart. The lil girl starts the hard conversation for Kelly when she wants answers about why her dad is never at the house.

Thingo’s father is the late Bafana Bafana captain Senzo Meyiwa, while Christian’s father is Molemo Maarohanye, aka Jub Jub, who Kelly says she has not seen in almost nine years.

“I won't be made a fool by Molema (Jub Jub)” - Kelly says when asked to reach out to Jub Jub so that Christian can have a male figure in his life.

Christian, who is almost 10 years old, has been suspended from school because he lies and he stole someone's hat. Kelly admits that he's been lying more and more and her mother mentions that “a boy child needs his father”. That's when Kelly reveals that contrary to popular belief, apparently Jub Jub never tried to reach out to her so that he could be reunited with his son, as he claimed just after he was released on parole.

Now Kelly refuses to go to his house to ask him and his family to show up for Christian.

Here's the trailer below.

“If my sister wants to go to war with me, I will give her a war. My mother is giving my sister and that demon of hers a ticket to disrespect the Khumalos. I don't understand why my mother is crying.” - Kelly says with regards to her crumbling relationship with Zandie (her sister) and about her mother's reaction to their feud.

Kelly makes it clear that her feud with Zandie has reached a place of “no return”.

Kelly’s mother Ntombi Khumalo is living with her at the start of the show, but wants Kelly to reconcile with her sister, Zandile, and brother-in-law, Mhlo.

“When I pass on, I want to leave you and Zandile united,” a teary Ntombi says in the show.

Life With Kelly Khumalo is now available to binge first and only on Showmax, with the final seven episodes dropping on Thursday, August 27 2020.

Yah ... no ... that got personal real fast! Talk about taste of your own medicine.
TshisaLIVE
1 year ago

'Those babies need you, sisi. You are their world'
TshisaLIVE
1 year ago

Kelly Khumalo on conquering 'everything meant to destroy her'

"I think I have also mastered the rare skill of making lemon juice when lemons are thrown at me."
TshisaLIVE
1 year ago