'All we hear is 'we need to do better', but nothing is ever done' 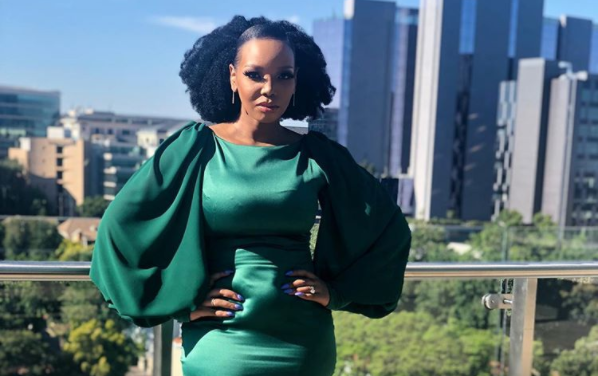 Thembisa Mdoda has called on the president to make real changes that protect women against gender-based violence.
Image: Thembisa Mdoda

Some of South Africa's most famous faces have called on President Cyril Ramaphosa to stop sharing sympathy and promises, and start taking action against the scourge of femicide in the country.

While Mzansi celebrates Women's Month, news of Wits University student Asithandile “Kwasa” Lugalo being stabbed to death, allegedly at the hands of her partner, sent shockwaves across the nation.

TimesLIVE reported that an Eastern Cape man tried to take his own life after allegedly stabbing Kwasa. He is under police guard in Butterworth Hospital in the Eastern Cape until he is discharged and charged with murder.

Cassper Nyovest joined the chorus of outrage about Kwasa's death, calling on Ramaphosa to stop talking and start acting against gender-based violence (GBV).

He said the president was always preaching about men needing to be "better", but wondered when "better" would start.

"Mr President! The women and children in our communities are perishing at the hands of men! All we hear is 'we need to do better', but nothing is ever done. It is not getting better! When will this doing better begin?"

Actress Thembisa Mdoda also penned a message to the president, asking for change, not promises.

"Mr President, for Women’s Month, we, as the women in this country, are desperate for change. Not promises, not shock, not sympathy. Change," she said

Mr President, @CyrilRamaphosa @PresidencyZA . For women’s month, We, as the women in this country, are desperate for change. Not promises, not shock, not sympathy. Change✊🏽.

Black Is King star Nyaniso Dzedze also shared his outrage, and said it is time for men to stop and find a way to deal with their emotions differently instead of taking it out on women.

"I don't know how to address the narrative of men perpetually taking out their s**t on women. Some may think I speak from a feminist stance, but in truth I stand for men. I stand for men's health. I know what it is to be so overwhelmed with my emotion that it culminates with frustration of the inability to feel it and turns to a lava like rage.

"I know, and we need to f**ing stop and find a way to deal with things differently. It all needs to be spoken about, so let's speak! If we're willing to face our s**t honestly and earnestly, the sooner we can manoeuvre the world in forgiveness and peace."

"I'm hurt and frustrated with this s**t. Us men should to be beacons of safety and protection for our sisters, mothers, daughters."

An Eastern Cape man tried to take his own life after allegedly killing Wits University student Asithandile “Kwasa” Zozo in Dutywa on Monday.
News
11 months ago

Cassper: Men must normalise the right behaviour and stop acting like hooligans

Linda Sebezo on gender-based violence: No parent should ever have to bury their child

Nokuthula Mavuso on standing up to sexual harassment on set

One abusive co-worker can turn your dream job into your biggest nightmare.
TshisaLIVE
1 year ago

Nomsa Buthelezi on experiencing GBV: 'Women must fight when they are facing death'

“When I came out of the closet, many men were against me. They wanted to know why I was dating women.”
TshisaLIVE
1 year ago